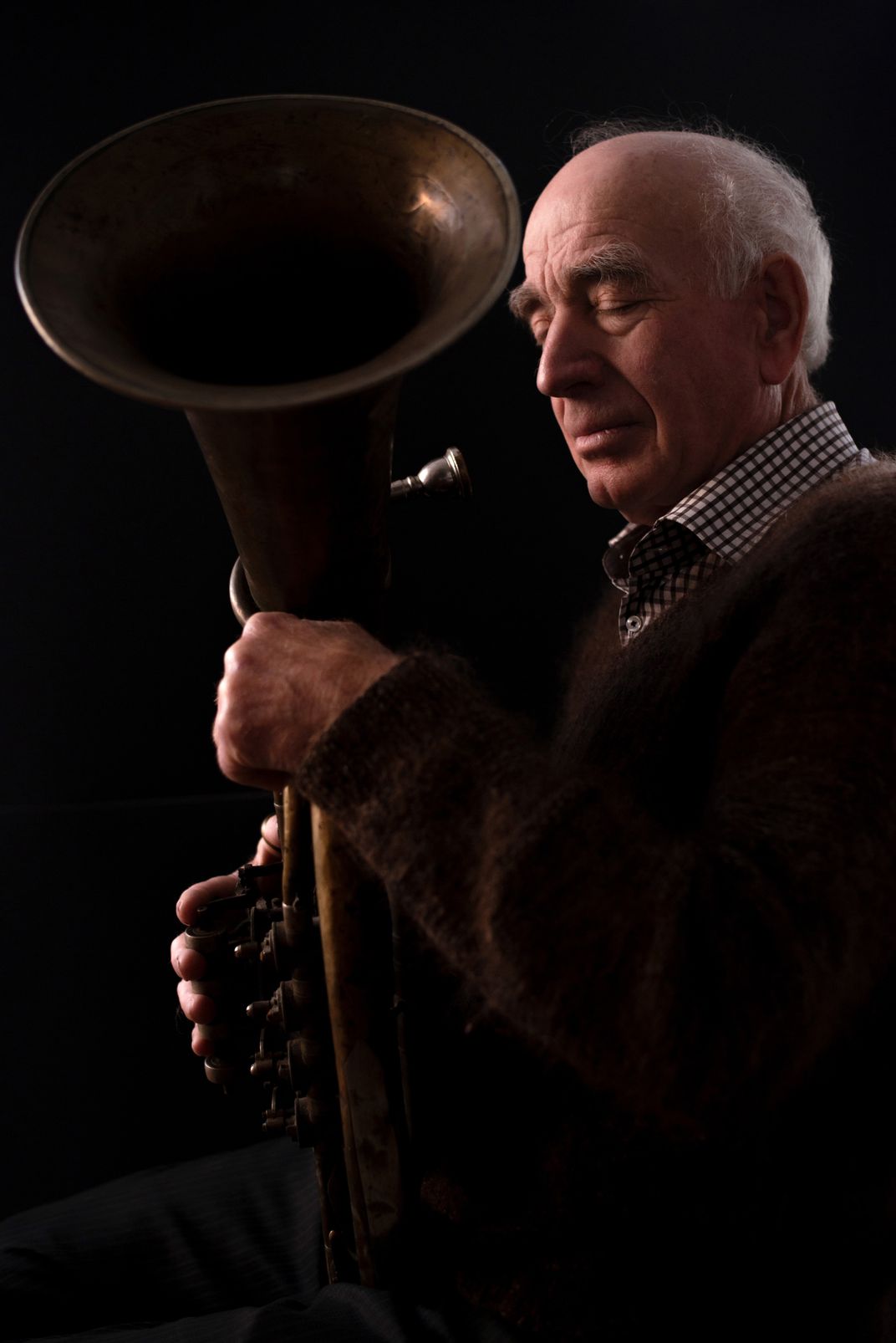 "At 3 am, NKVD accompanied with soldiers took 5 members of my family on a buggy to the railway station in Khodoriv. I was only 7-month-old. The trip in a freight car lasted for two weeks until we arrived at the village of Tsentralnyi Khazan. One year after arrival in Siberia the NKVD arrested my repressed father. He was charged as an ideological resistant and thrown to a labor camp. To 5 years I did not know how my father looked, as we did not even have a picture of his. When I was 16, I started playing the baritone in a prohibited brass band. We played the music banned in the Soviet Union. I still have the underground recordings of our brass band which supported Jehovah's Witnesses worldwide. When I was 20 officers of the KGB pressured me because I knew people whom the communist regime persecuted. I refused to cooperate with them and for this was thrown to the correctional labor camp. My work there was extremely heavy and dangerous." Vasyl spent 23 years in Siberia exile and 3 years in prison. Violating fundamental human rights throughout its regime, the Soviet Union persecuted, imprisoned, sent to hard labor, Jehovah's Witnesses only because they did not compromise their worldview and refused to worship Stalin or promote communist military interests. Vasyl was taken to Siberia during a secret operation, called “North”, on April 8, 1951. At that time almost nine thousand Jehovah’s Witnesses were exiled to Siberia where they were forced to stay for some 14 years.