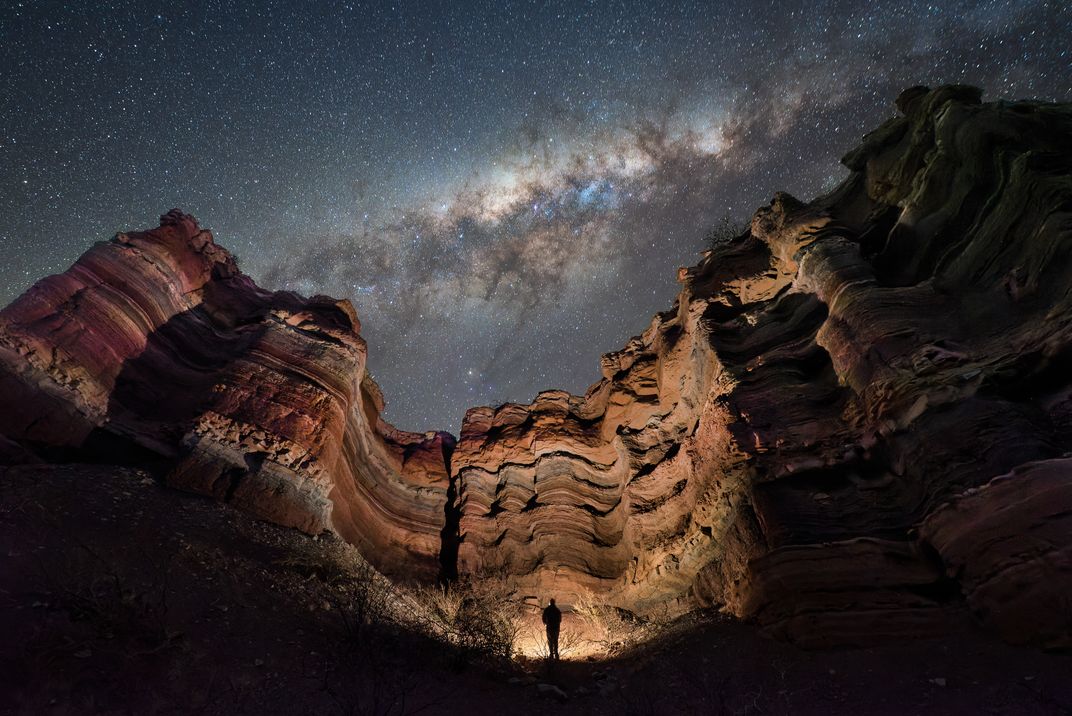 I arrived at 9 at night to the entrance road known as La Yesera and from there 40 minutes later I reached the formation of strata almost out of breath, it was all uphill, I wanted to see if at night I could get the same colors as during the day, so take A separate flash that I used but that finally did not convince me, so I took only a photo with warm light of the bulb of my flashlight, they say that in this place the sounds of ghosts are heard, since many workers died decades ago when the quarry was active. For my peace of mind, I only found silence and a clear night.