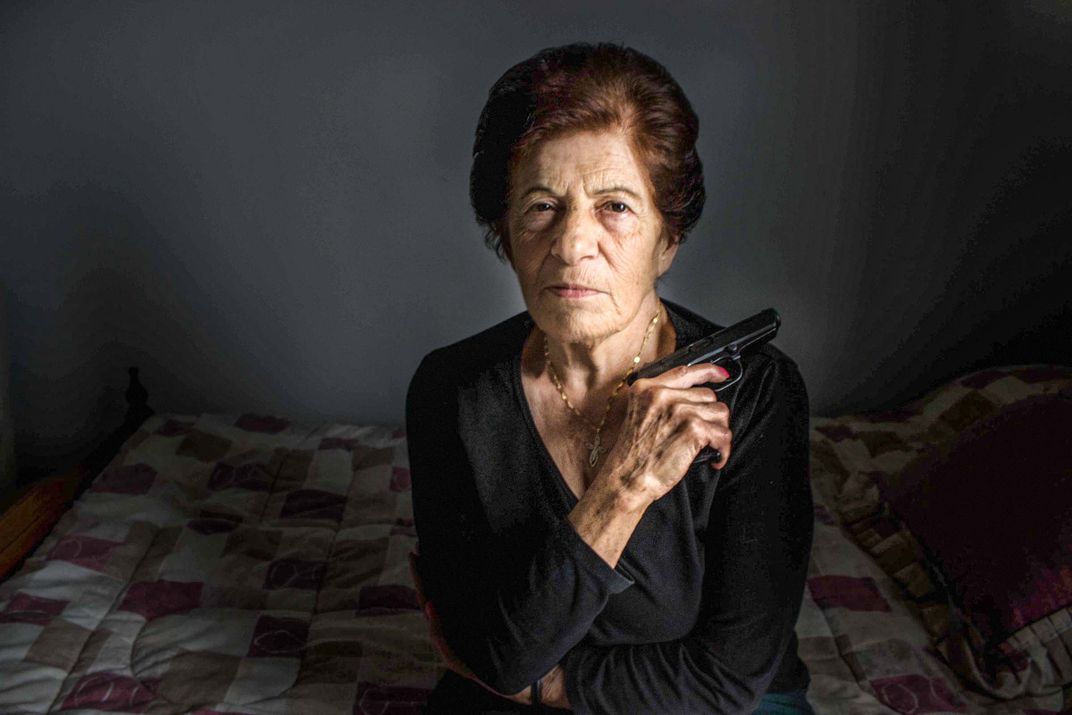 My mother’s gun Torn by numerous wars, its civil war being the most prominent which started in 1975 and ended in 1990, Lebanon is a devastated country still haunted by its fragile security. From psychological and neurotic dysfunctions, physical perversions and disabilities, regression, anxiety, amnesia, phobia, depression, schizophrenia and mental disorders, every Lebanese family has been battling with one or more of the previously cited disorders. These families found a safe refuge in owning weapons to mute their anxieties. Almost every family keeps a gun at home with no legal repercussions over gun ownership. What started as a safety measure extended to a debatable cultural heritage? Mothers in these tormented families have been kept to their fates most of the civil war, terrified by the idea of losing their sons or their husbands, sitting in their own bubble reminiscing about a past that most of the time still feels like present and terrorizes their dreams of the future; these mothers are still haunted while remembering, they’ve kept their guns because they no longer believe that tomorrow will bring a better or maybe different day. For them yesterday is a repetitive deafening memory…