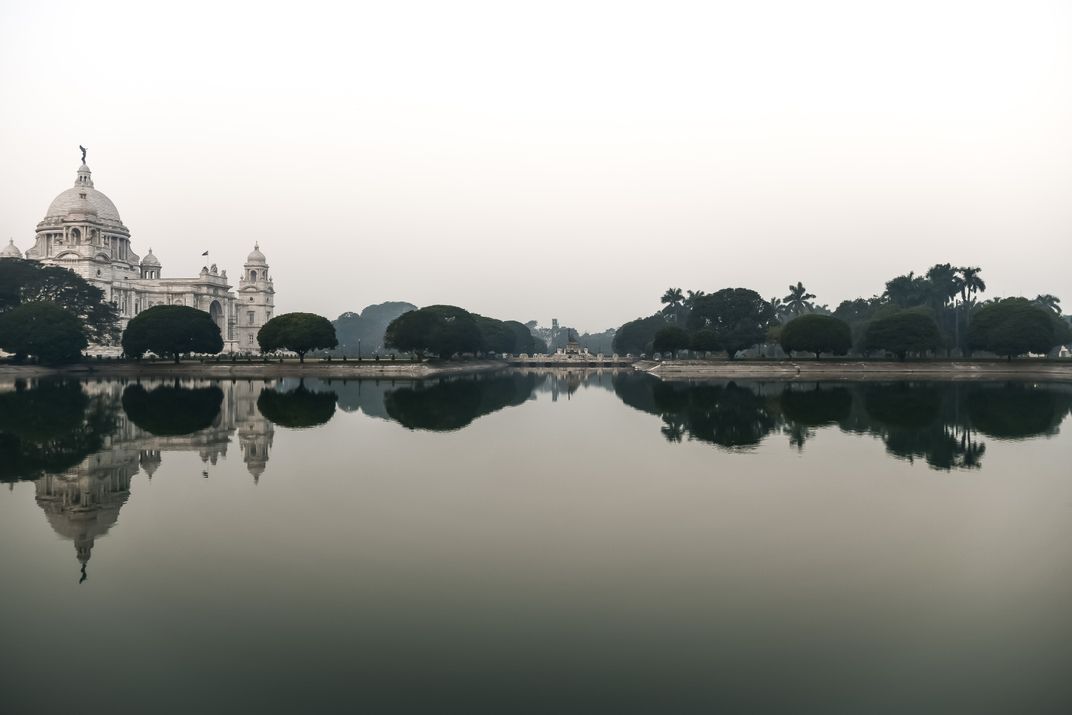 The Victoria Memorial is one of Kolkata’s most popular sites among locals and tourists alike, particularly the beautiful gardens surrounding the monument. Dedicated to the memory of Queen Victoria, the structure was designed by William Emerson in the early twentieth century using a mixture of British and Mughal architectural influences. The use of white Makrana marble along with a central dome surrounded by four subsidiary towers echoes the Taj Mahal. This shot was taken just before sunrise.