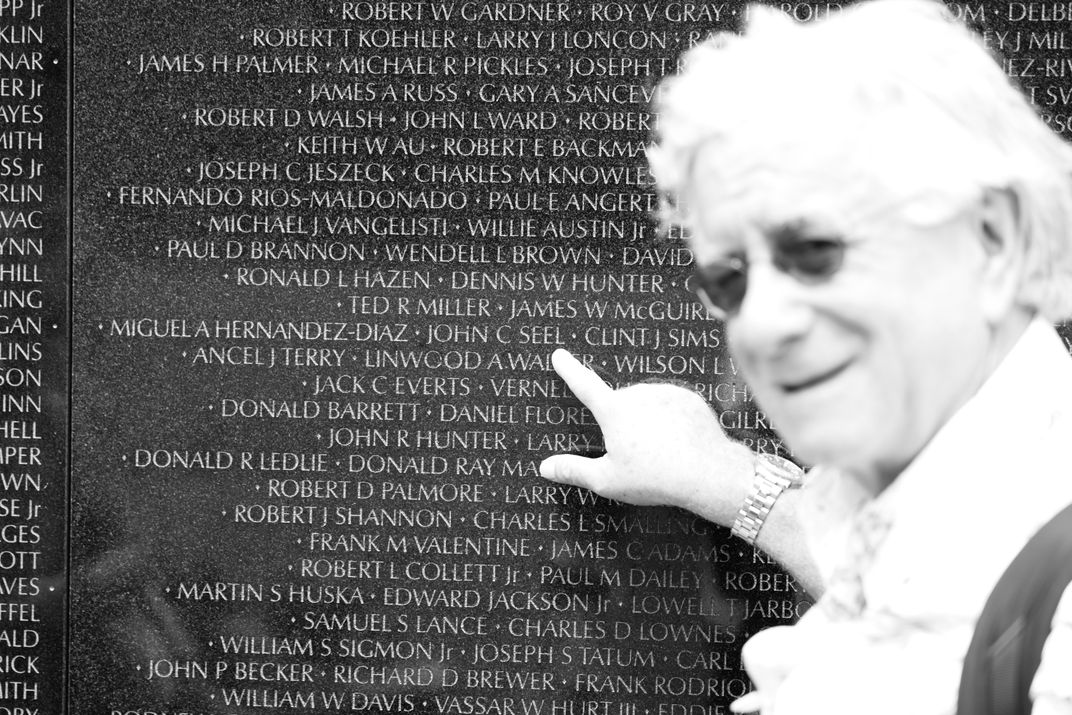 In 1969 a great friend, recently graduated from NYU Law School, John Seel, volunteered for service in the US Army, as a Captain. John then asked to serve in VietNam with his fellow soldiers. Upon landing in Long Bin in VietNam, Captain John Seel was killed by a Viet Cong mine. My most treasured possession is the American flag that covered Captain Seel’s coffin, given to me by his wife. In August of 2019 I visited DC and discovered my friend’s name on The Wall. We captured this moment on film.