Home Travel View of the Crematorium from the Showers at Dachau 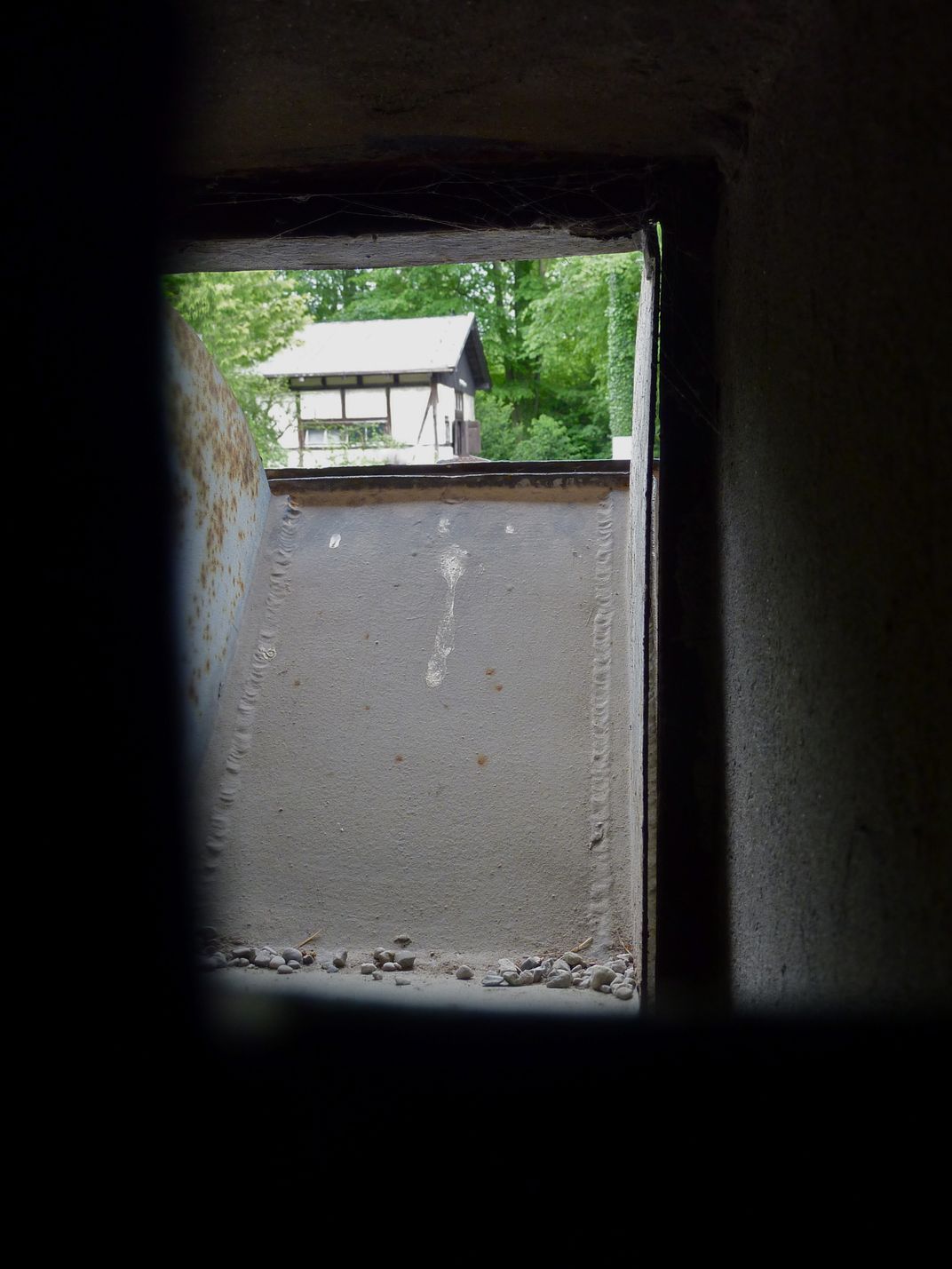 This photograph is particularly important to me because of where it was taken. As I toured the Dachau Concentration Camp in Munich, Germany I suddenly, and with a sense of dread, found myself standing in the threshold of the "shower room" or "bathhouse" where many innocent people were killed. It was smaller than I would have expected, and to one side of it, set into the wall, were two open vents where the poisonous gas used to be pumped through. I had seen these vents from the outside but it was nothing compared to the feelings that came over me as I stepped up to them and looked at them as through the eyes of one of the many who had lost their lives there. For through these vents, I had a direct view of the crematorium, surrounded in green, where the bodies who died in this room would next be brought. A dark foreshadowing of what was to come.