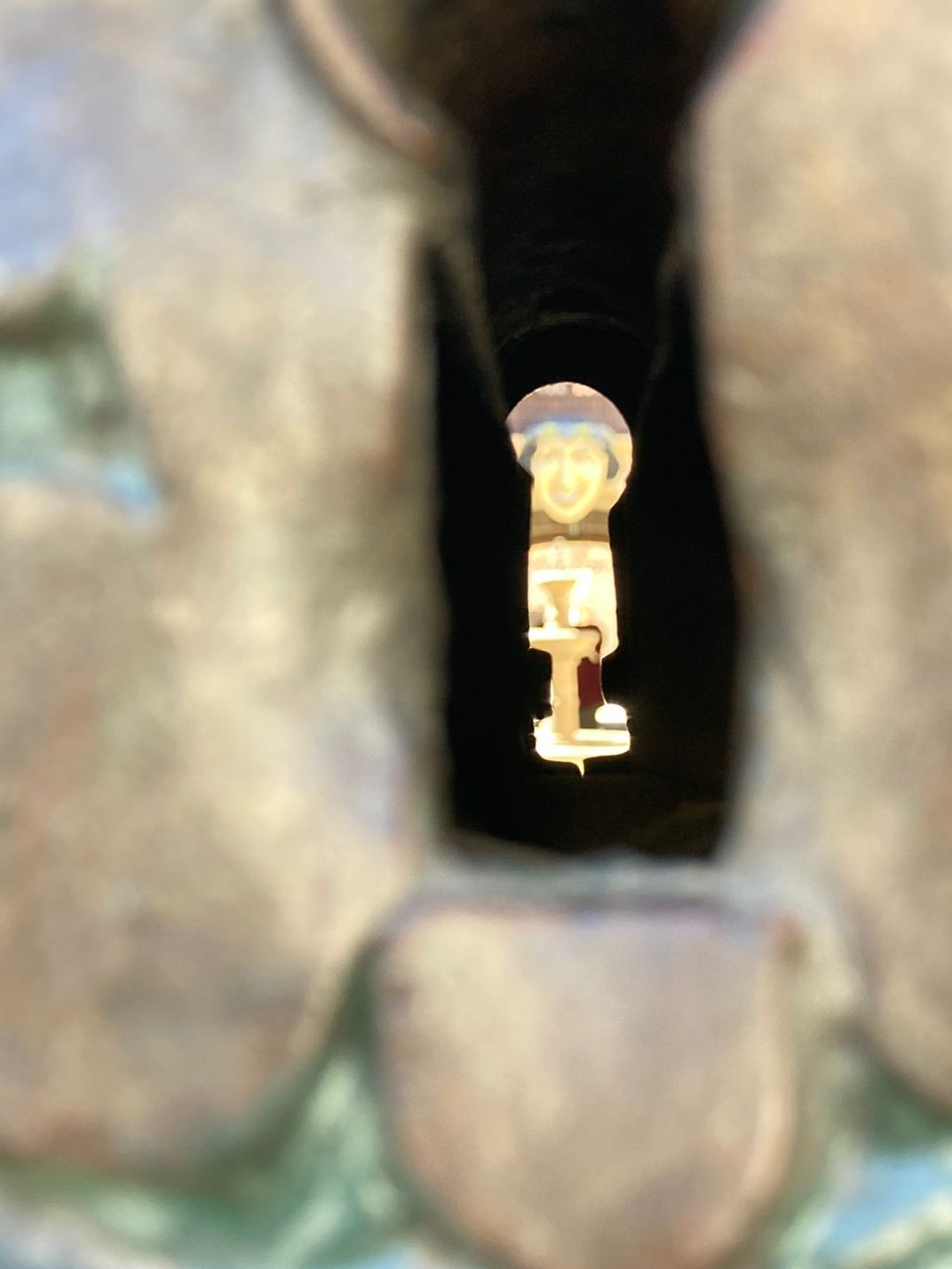 Potosi was regarded as the world's largest silver industrial complex of the 16th century. A symbol of the colonial city is the mask in the National Mint of Bolivia. There are several theories about the meaning of the mask which resemble indigenous or abundance gods and mockery of leaders of the time. However, for a city that was sacked of its most precious natural resource, subjugated indigenous people, and slave labor; the mask is seen as the representation of the greed of Spanish conquistadors and colonial era. The picture provides a glimpse of the smiling mask through a colonial door lock.