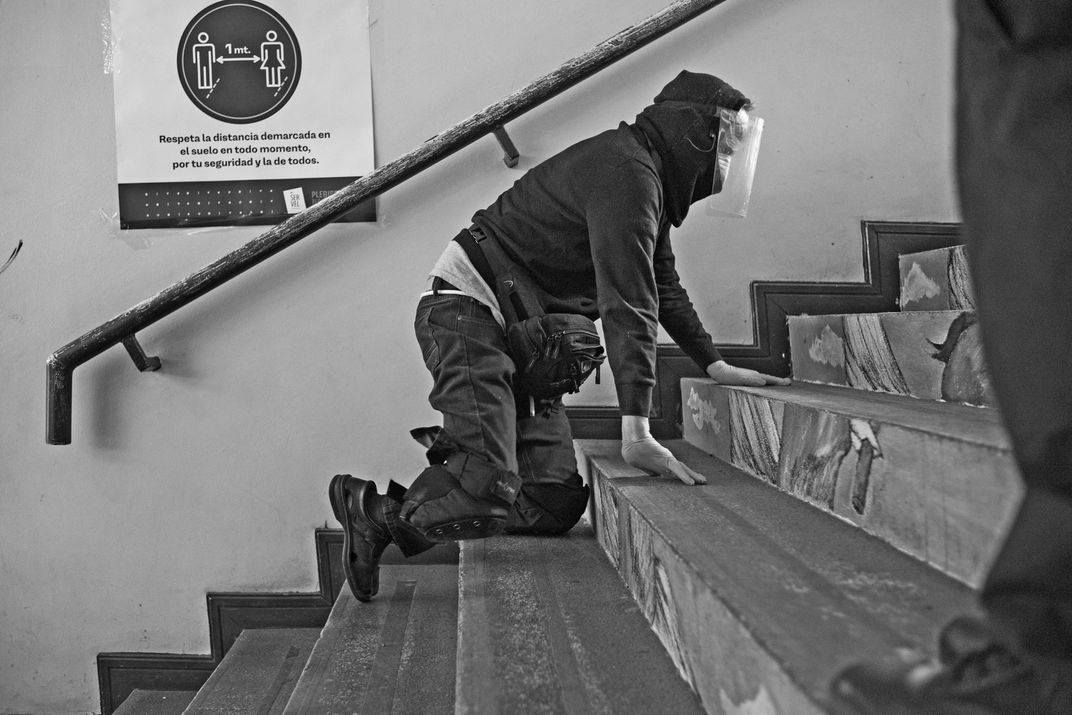 Mr. Phil Youderian is going to vote in a wheelchair at one of the polling stations in Ancud. He has lived in Ancud, on the island of Chiloé in Chile, for 20 years. Three years ago he was hospitalized for an infection in his leg, which was later amputated. Mr. Phil Youderian climbs the stairs on his knees. He tells me that everyone should vote, that this is an opportunity to change things. Chile's current constitution has been in effect since 1980 and was written during the dictatorship of Augusto Pinochet.