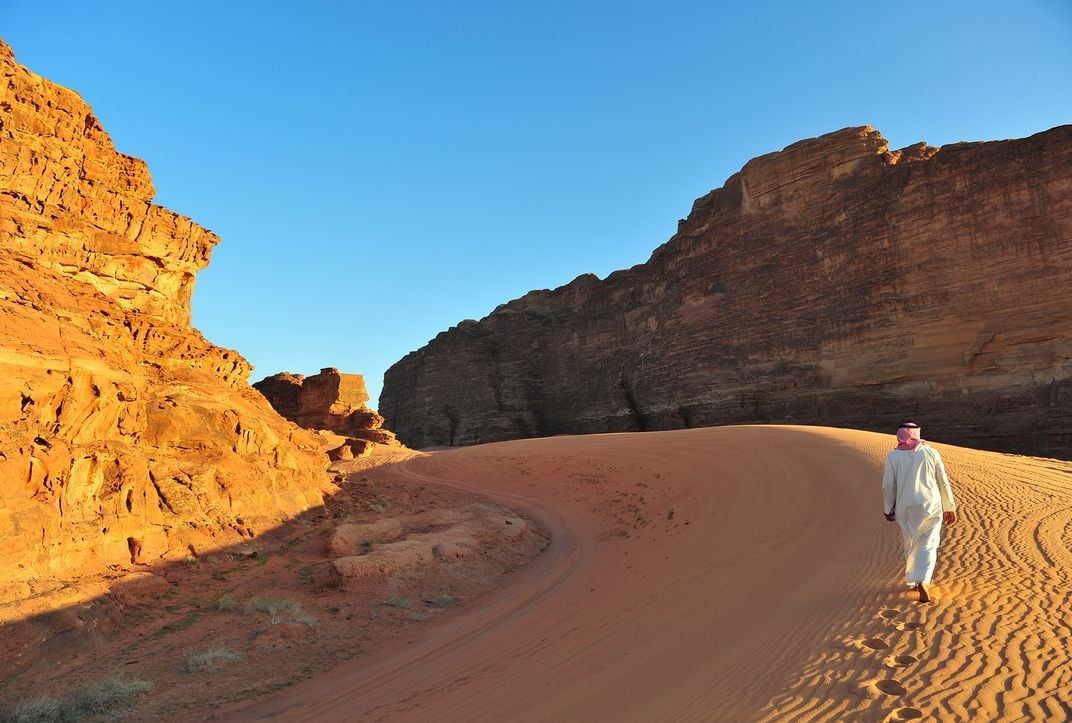 A nomadic Bedouin tribesman discusses the water shortage in Jordan as he “reads” the dunes in the desert. The recent influx of refugees to the region from various neighbors has put an extra strain on the country’s limited resources. Like the Syrians, the Bedouin have historically been viewed as outsiders and threats to stability even though they make up over a third of the population, share similar cultural ties and live in both countries. Some Bedouins have expressed resentment that the government of Jordan is providing more assistance to the refugees than to them but hope that this openness to other Syrians will help change their situation too.