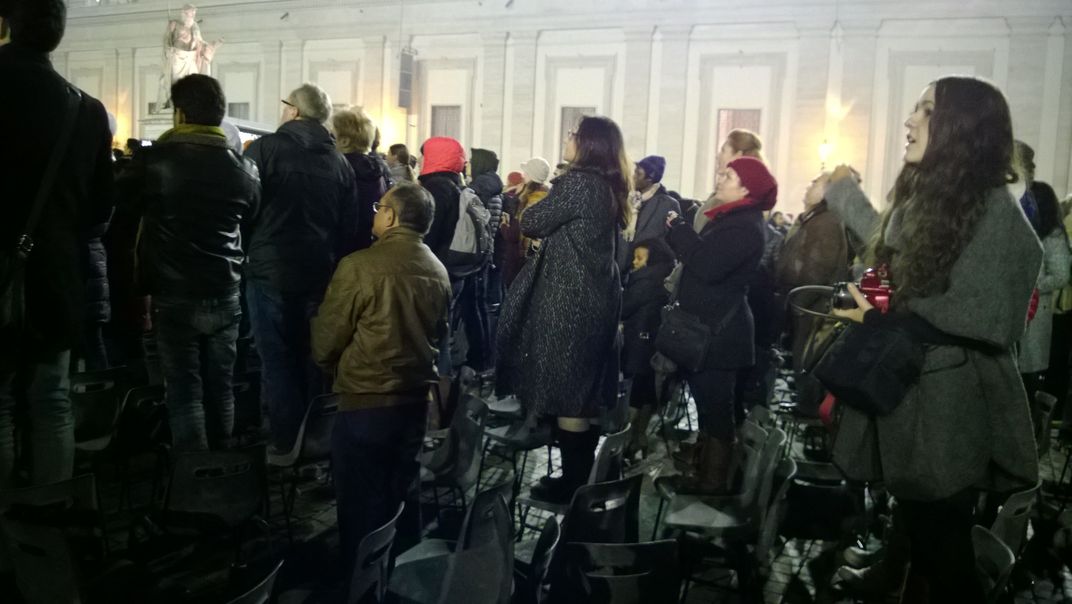 Waiting for "Papa"... My husband and I traveled to Rome for Christmas in 2013. We joined thousands of people in celebrating Christmas Eve Mass in St. Peter's Square. We watched and listened to the TV monitors set up outside as Pope Francis said the Mass inside the Basilica. After the Mass (which lasted over 2 hours, and the temperature had fallen into the 30's), those attending continued to wait, even standing on chairs, in hopes of catching a glimpse of the Holy Father and chanting "Papa", "Papa", "Papa".