Home People Wakaliwood: a movies factory inside a slum 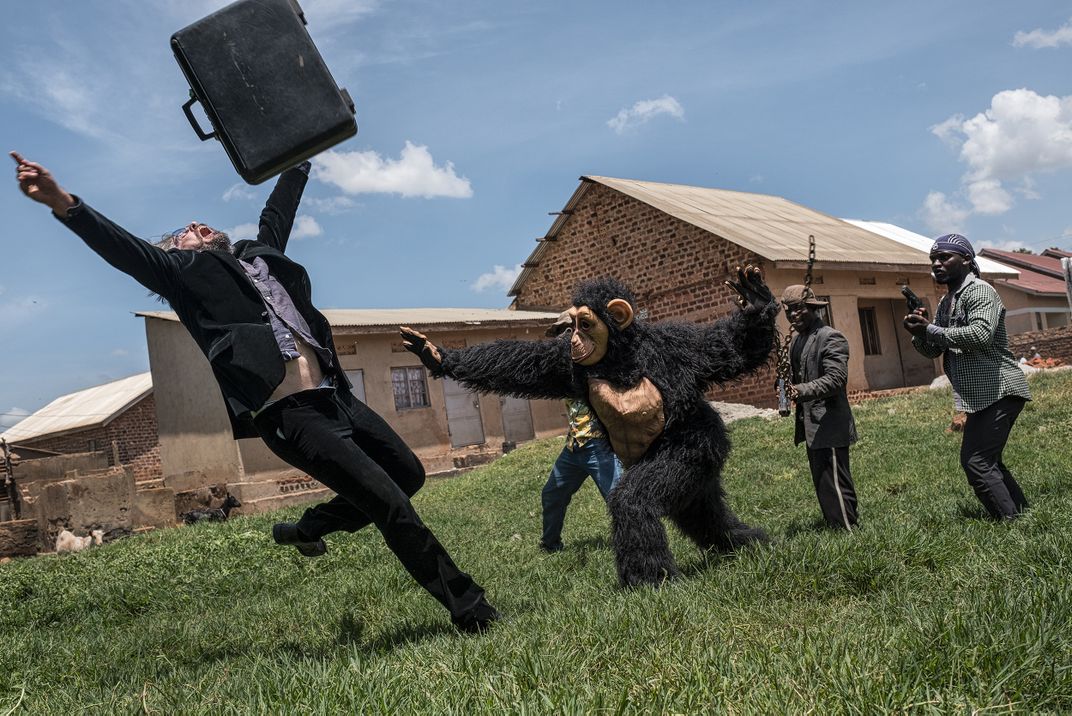 Wakaliwood is the name of a movies factory inside one poorest areas of Kampala, in Uganda. Created by the director Isaac Nabwana more than ten years ago, Wakaliwood is also an artistic and social experiment. Inside the slum of Wakaliga, Nabwuana realized dozens of action movies with low budget. Working as actors, many teenagers from underdeveloped places of all country, keep clear of alcohol and drugs. Training at martial arts, creating equipments to use on set and playing under the eyes of slum's residents. And with the “Wall of fame”, or “Wall of deads”, a list of all foreign people who performed a role, and died, in one of the movies of Nabwuana.