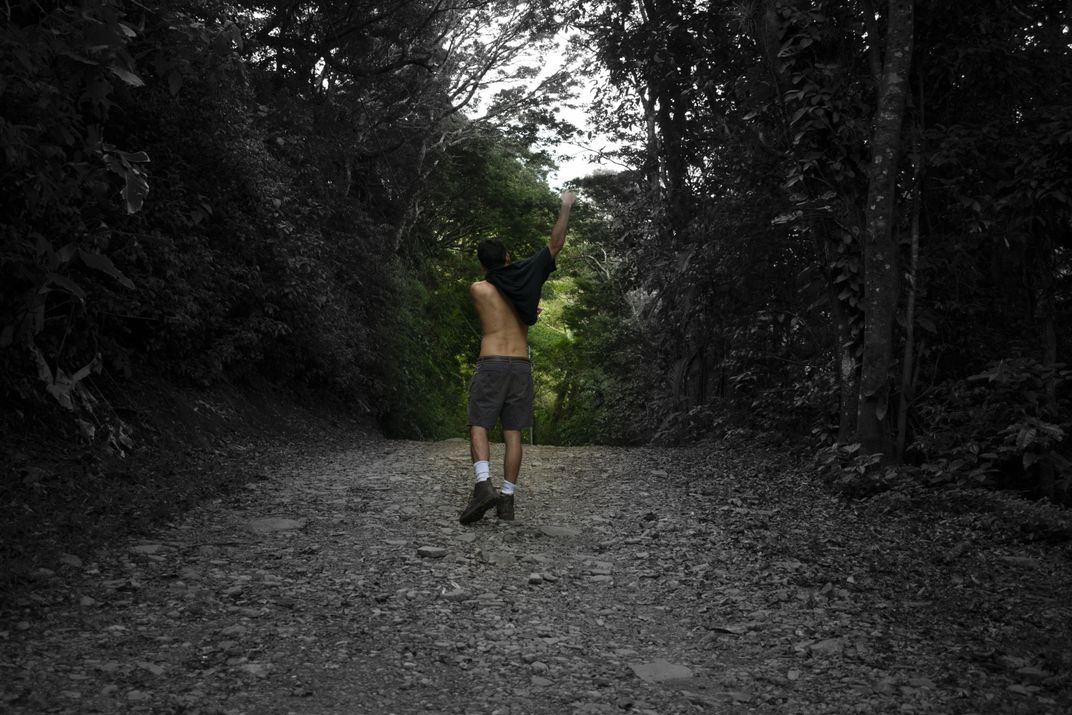 This image is from a series in which I wanted to experiment with man and nature, and create a story in which man and nature have a relationship that is challenged by manipulation, lies, defeat, happiness, and realization, similar to a relationship between two humans. This image portrays someone walking away from a toxic relationship and into a healthier future. The act of putting his clothes back on is supposed to represent someone being fully ready and excited to take this step.