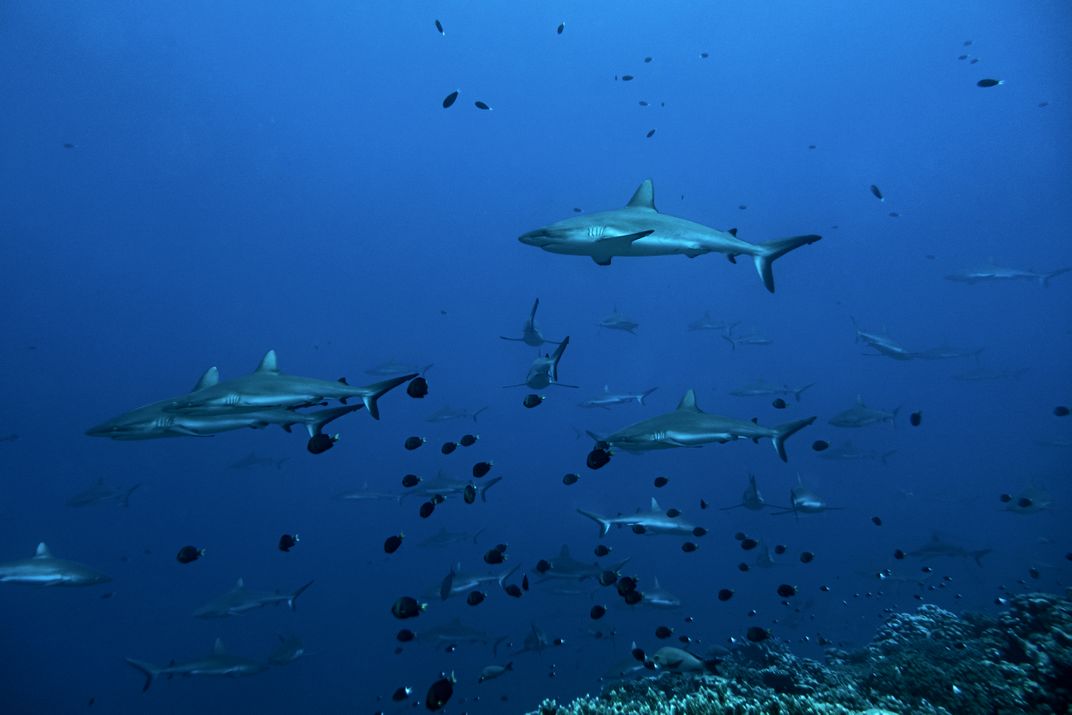 Wall of Sharks Fakarava, French Polynesia 2020 The Fakarava Atoll is part of a biosphere reserve classified by UNESCO because of the richness of it’s ecosystem . Diving is usually done at the time of the fall of the current and preferably in the rising tide for safety reasons. As soon as we are underwater, the show begins: sharks turn in the middle of barracudas, eagle rays and other Napoleon fish in levitation over the immense emptiness of the ocean as far as the eye can see along the reef wall. Suddenly, the big show on a big screen starts: all around us, hundreds of sharks: above, below, right, left … no way to know where to look. The shark wall of Fakarava South is more than 300 sharks, with black tip sharks, white tip sharks, sharks (carcharhinus limbatus), white lagoon sharks (triaenodon obesus), and especially gray sharks (carcharhinus amblyrhynchos) which are among the largest gray sharks in the world.