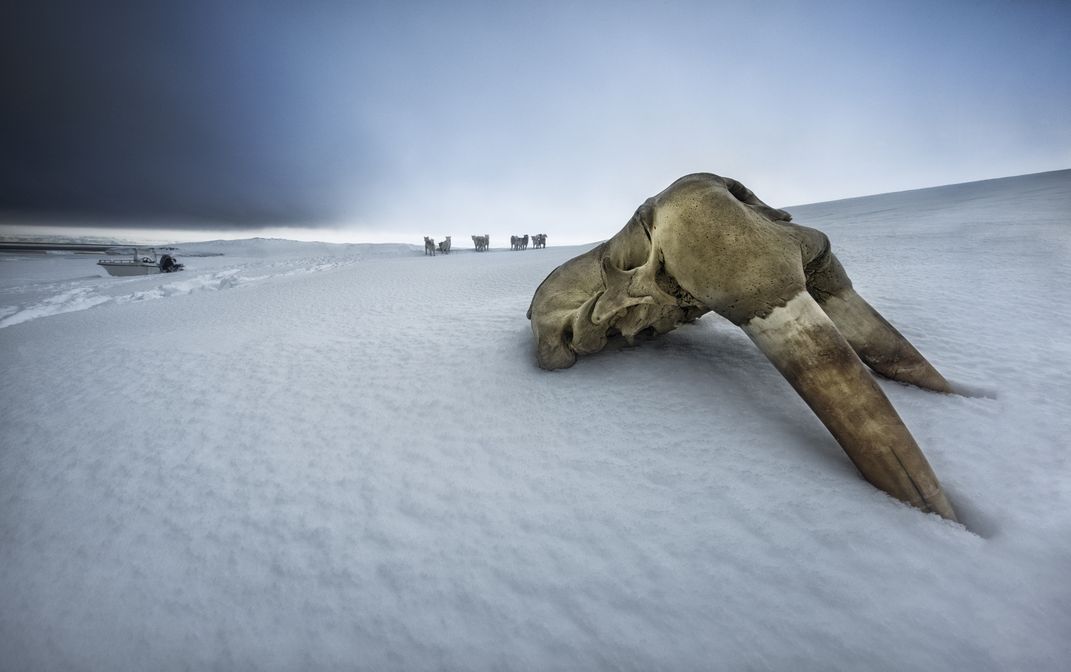 I was on an extreme expedition with my brother and daughter in East Greenland; where our mission was to document the natural history - with dogs-sleds as our only means of transport. We joined two locals from Ittoqqortoormiit on their seal hunting journey to the edge of the ice. In front of us are unrelieved stretches of sea ice, which in summer will melt and become plains of open water. Today Greenland displays her natural beauty in all her splendour. The sound from our sledge runners changes with the varying surface ice. A soothing swish-swish becomes a squeal and clatter depending on the character of the ice,, as we scout for Polar Bears and seals. During their working period, the dogs are fed regularly with high-fat whale, walrus and seal meat; during the inactive summers, dogs are fed a basic meal once or twice a week. On a diet of shellfish and in some instances seal pups, the long-toothed walrus can weigh as much as 1 500kg.