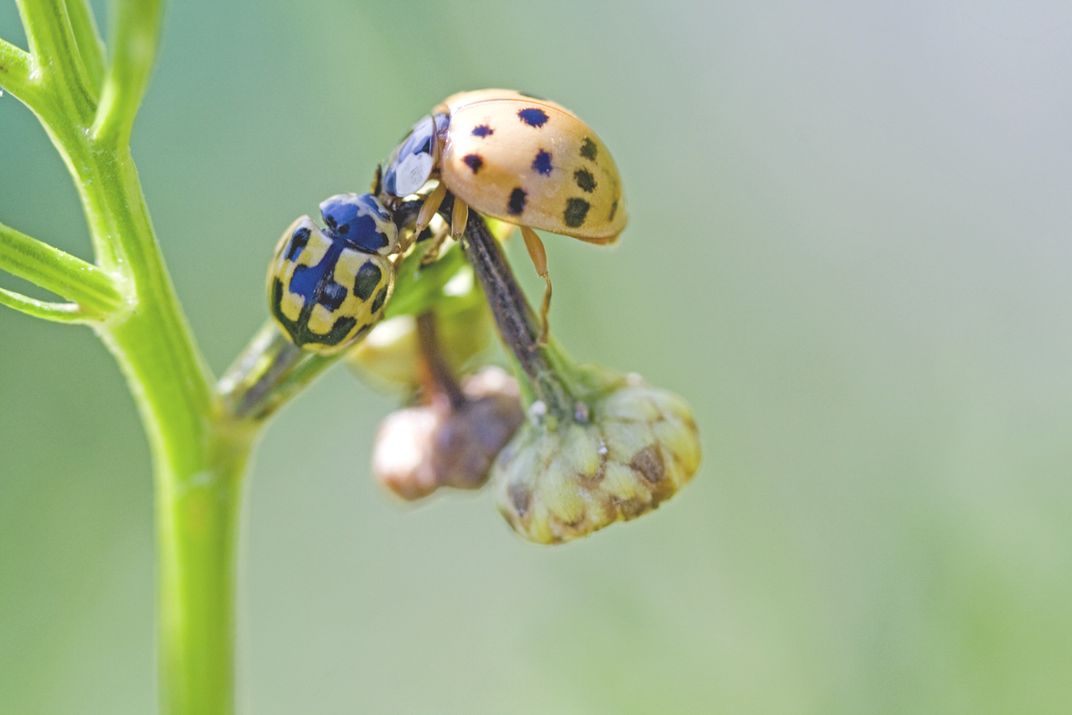 A Harlequin Ladybird took on All-comers in the War of the Five Ladybirds by attacking the other ladybirds browsing on a tansy plant. However this 14 Spot was not defeated by the far larger harlequin and after being kicked off its browsing patch, climbed the stem and butted the Harlequin off its territory. Also involved in th War were some 2-Spot Ladybirds, 5 Spot Ladybird and 22Spot Ladybird. In all I counted five ladybirds involved in counter-attacking the Harlequin and I was sad that I had no video. The area has a large diversity in Ladybirds as in butterflies, so I was surprised by the diversity of species on one plant.