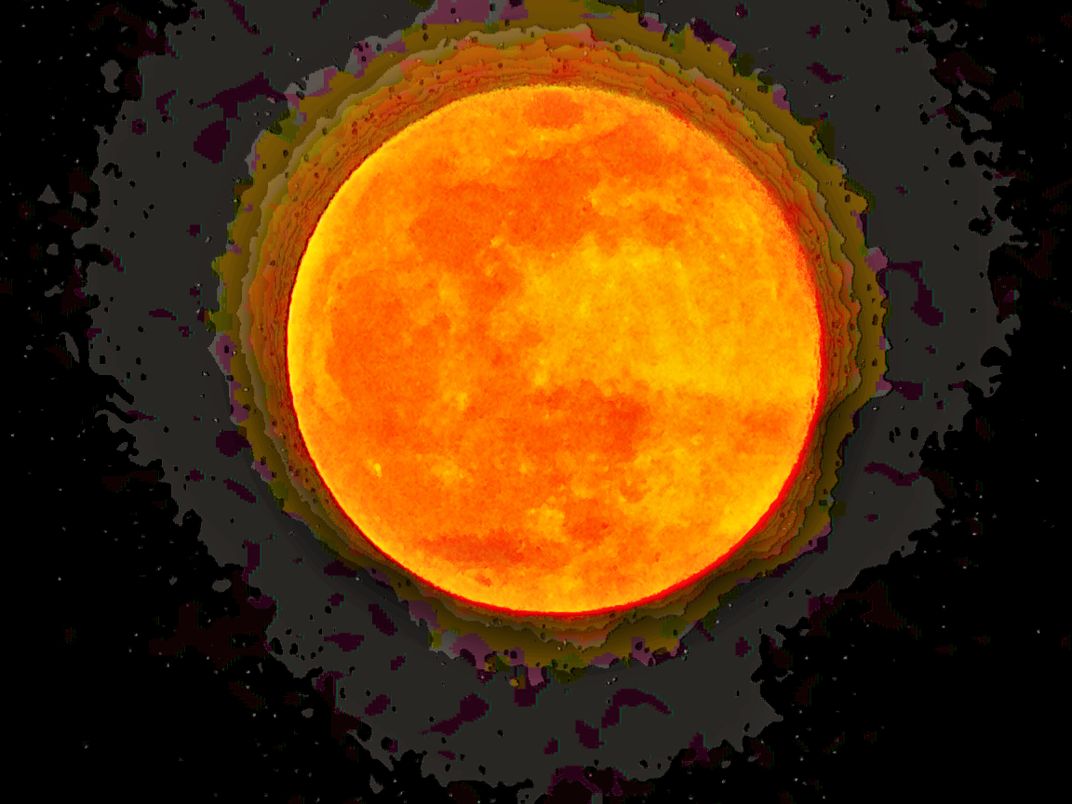 On Earth Day I heard the moon was supposed to appear larger than normal and look somewhat pinkish. Well, around 8:30 pm I was looking in the sky and there was no moon! Then, about 30 seconds later, the moon rose up from behind a mountain and slowly drifted into the sky. Within 10 minutes of it appearing it moved behind some thick clouds and remained hidden there for the rest of the night (until I went to bed at least). While the moon was rising, I managed to capture this close-up photo of it, and I think the effects I added enhance its appearance.