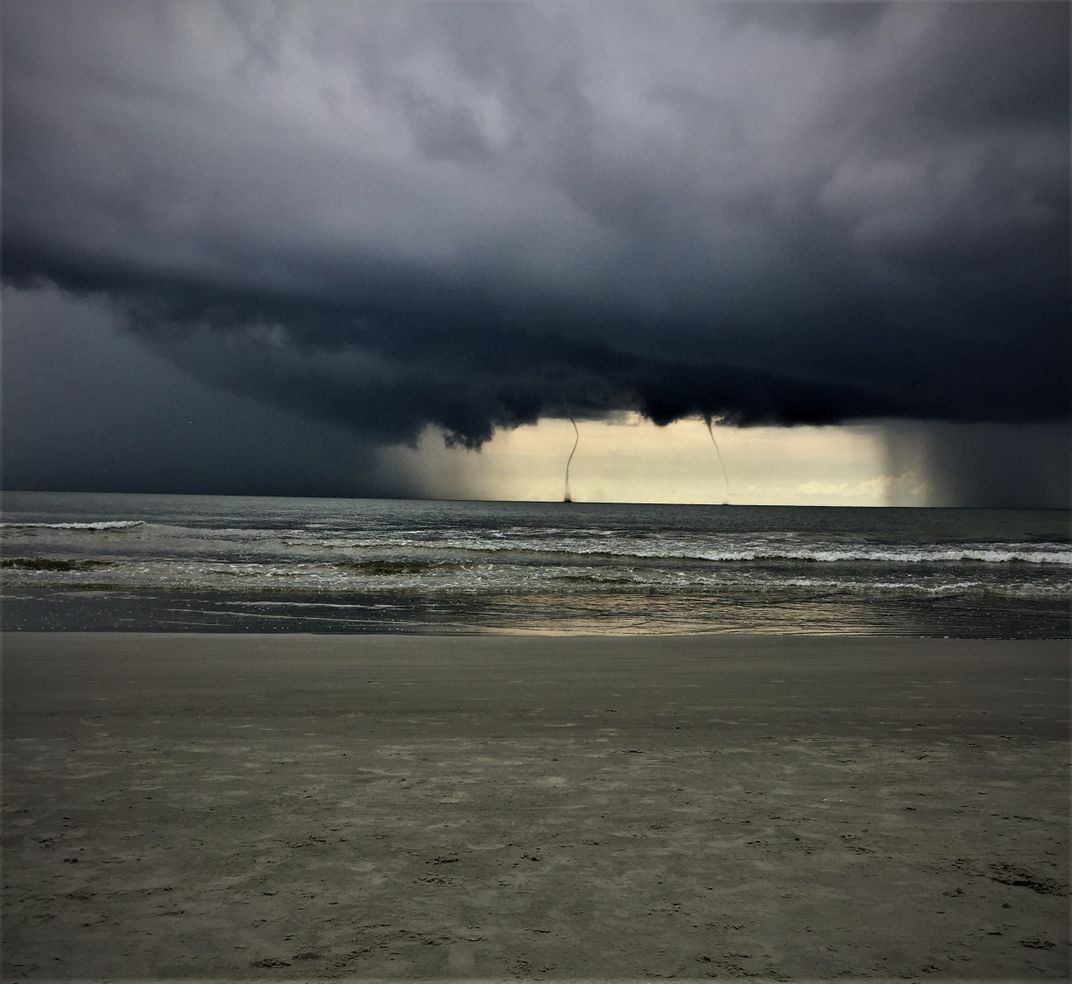 It appeared to be just another day at Hilton Head Beach, South Carolina. Although chilly, nothing seemed odd about the storm that was coming. The skies began darkening and some thunder was heard in the distance, but no real threat for danger was expected. Suddenly, the storm took a turn for the worst as lightning began striking the water all around and the water spouts, shown here, sprouted everywhere. I had never seen anything so beautiful yet terrifying.