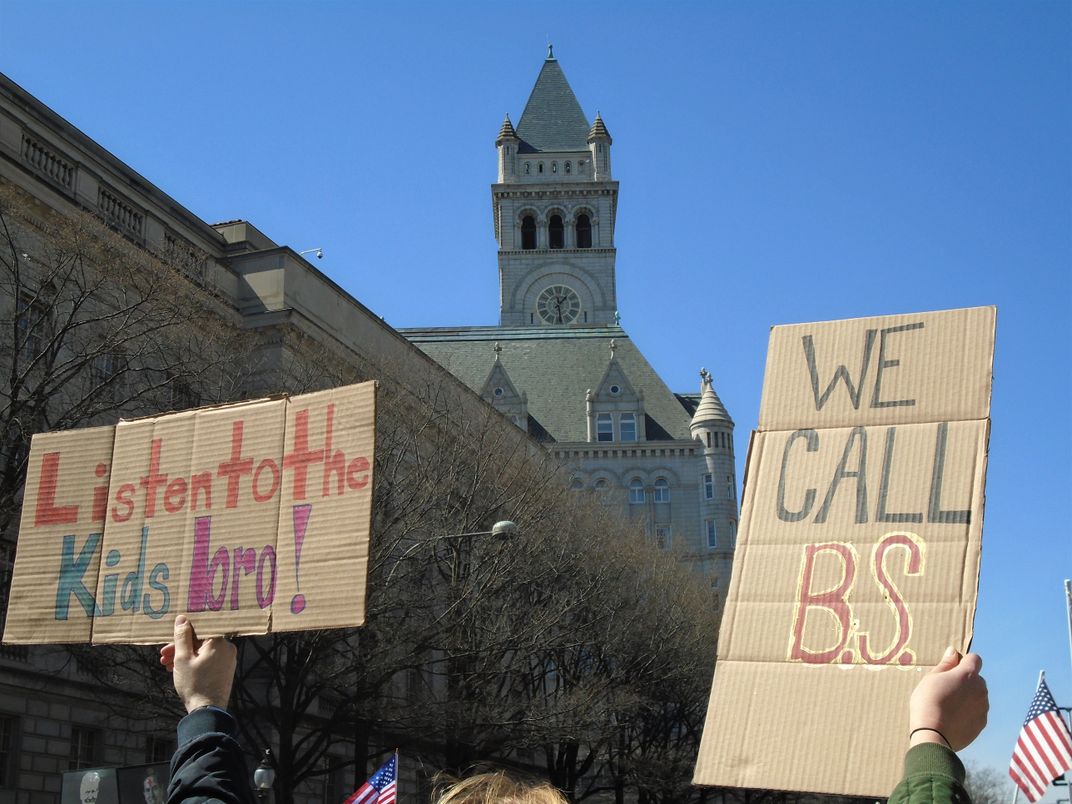 The March for Our Lives in March 2018 in Washington, DC was an immense event, consisting of thousands of people protesting for more comprehensive gun control in the wake of the Marjory Stoneman-Douglas school shooting in Parkland, Florida. Though the main focus of the protest was gun control, a common target of people's ire was President Donald Trump. This was perhaps aided by much of the protest occurring near the Trump Hotel in downtown DC, seen here pictured in the background of the photo.