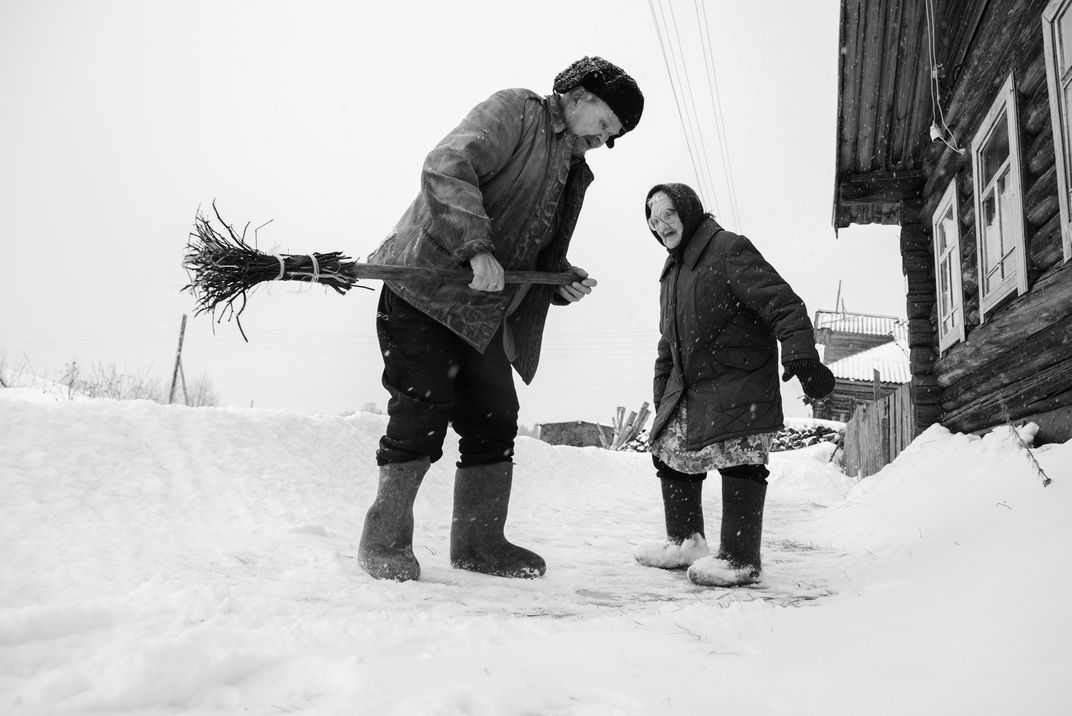 "Weekdays of the Arkhangelsk Village" (2012 – 2016) is a photostory about the problems of the Russian village Malye Ozerki situated in Plesetsk District of Arkhangelsk Region. Malye Ozerki is gradually dying, houses are getting deserted and ruined. In the last 25 years stable had been burned, shop had been closed, calf-shed had fallen down. Young people are leaving the village as there is no work, and the aged people dying off… The number of such dead villages in the north-west of Russia has been increased in the last years. Only few pensioners still have been leaving in Malye Ozerki. They are alone in their old age, because children have left them to find work in the city. They take care of themselves, feel sad, miss their children, but their Spirit is strong! Boris Filimonov and Alla Travina.