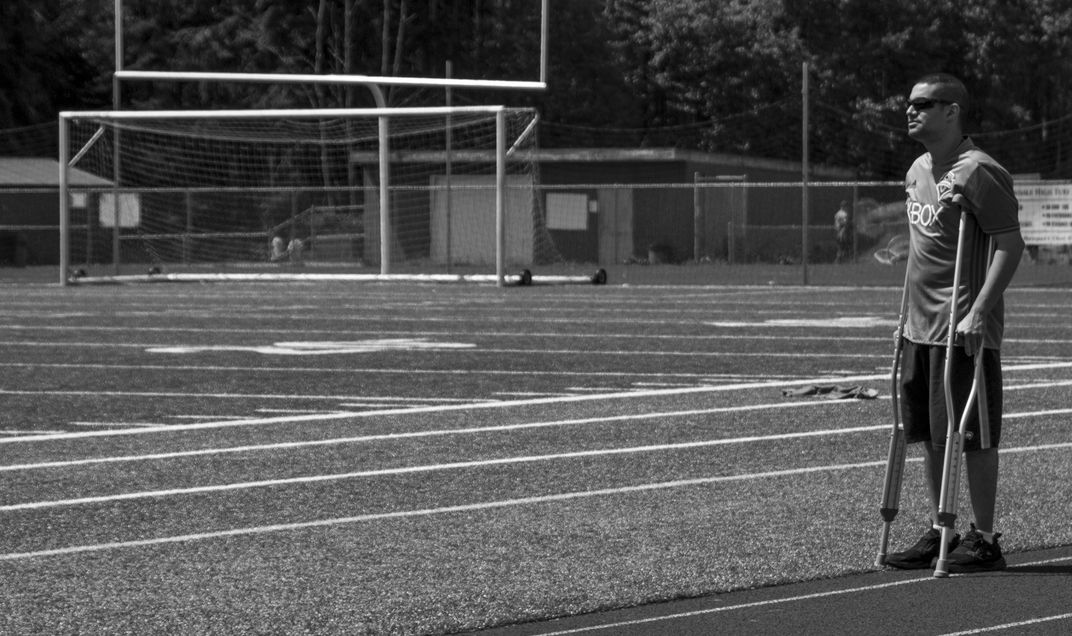 Sam had been done a tough hip surgery. He has been a third person in the world that has been done this method of hip surgery on him. (Using cadaveric bone and cartilage on his hip) He was an adventurer and super active person before that. The surgery was not as successful as doctors expect. At the time of this picture despite his deep sorrow, he is trying to keep his self-confidence and morale and he had a strong intention to fight against his situation.