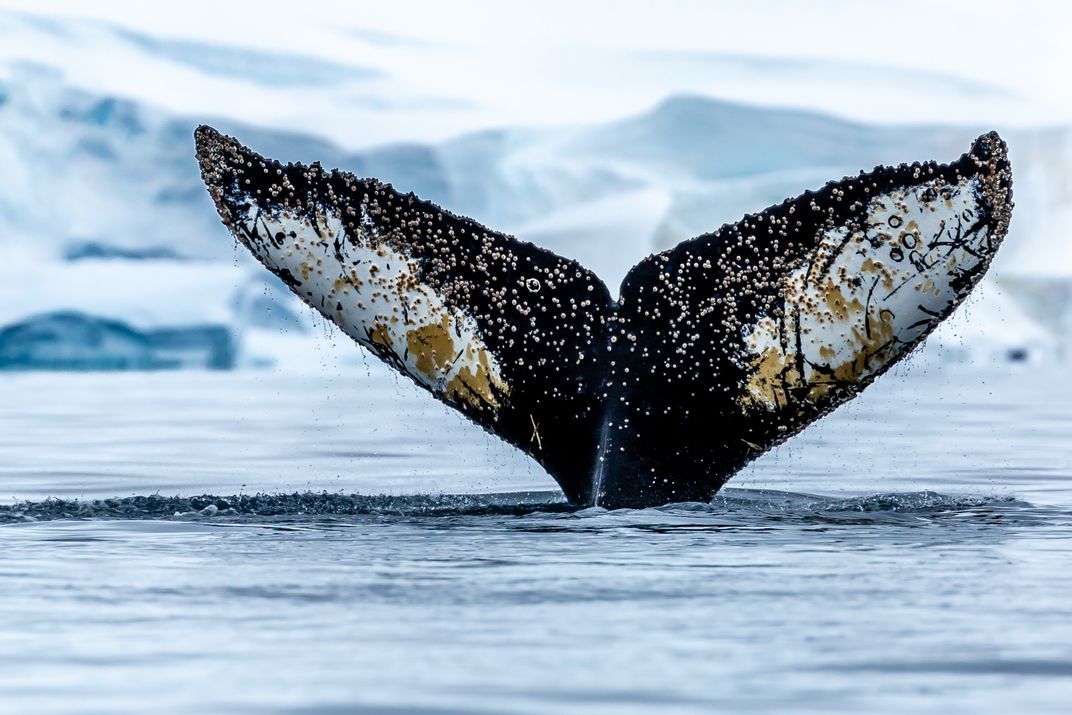 We were sailing past an island in the Antarctic Circle when one of the ship's crew spotted several humpback whales through the opening of a bay we were passing. The captain decided to investigate and turned the ship into the bay, where we discovered an estimated 250 whales, all of them actively feeding. No one on board had ever seen that many in one place. We boarded Zodiac boats and cruised slowly amongst them for two-and-a-half hours, whales diving and surfacing all around us in every direction. It was magical!