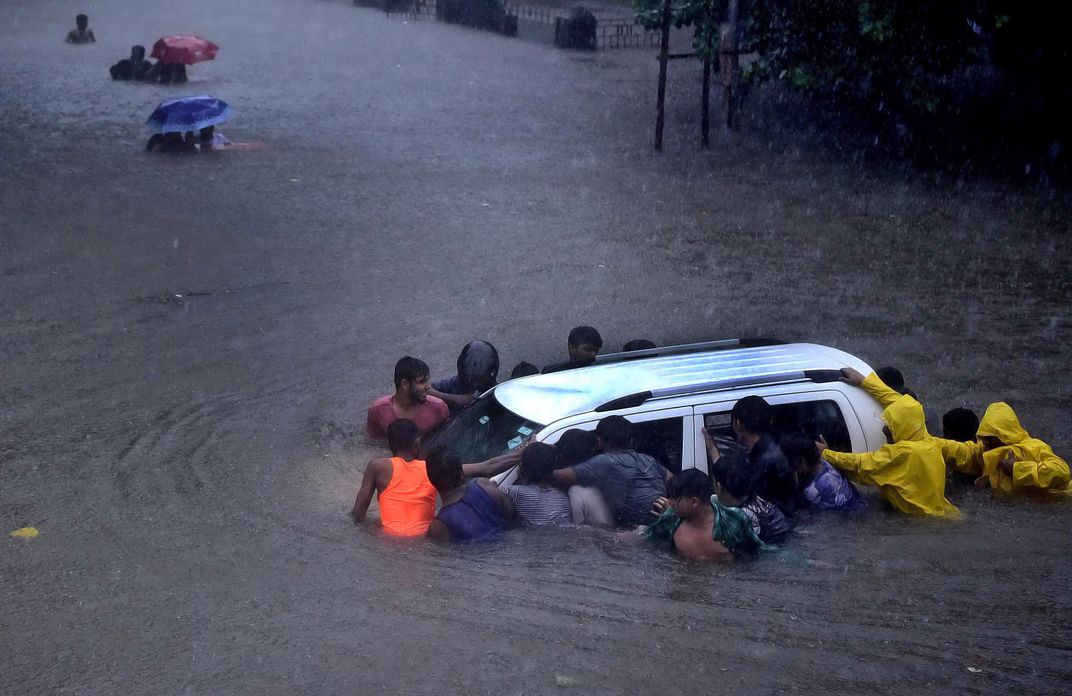 The 2017 Mumbai Flood refers to the flooding that occurred on August 29, 2017 following heavy rain on 29 August 2017 in Mumbai. Transport systems were unavailable through parts of the city as trains and roadways were shut. Power was cut-off from various parts of the city to prevent electrocution. The International Federation of Red Cross and Red Crescent Societies (IFRC) called the South Asian floods one of the worst regional humanitarian crises in years.This event can be referred in comparison with the 2005 floods in Mumbai which recorded 944 mm (37.17 inches) of rainfall within 24 hours on 26 July 2005.