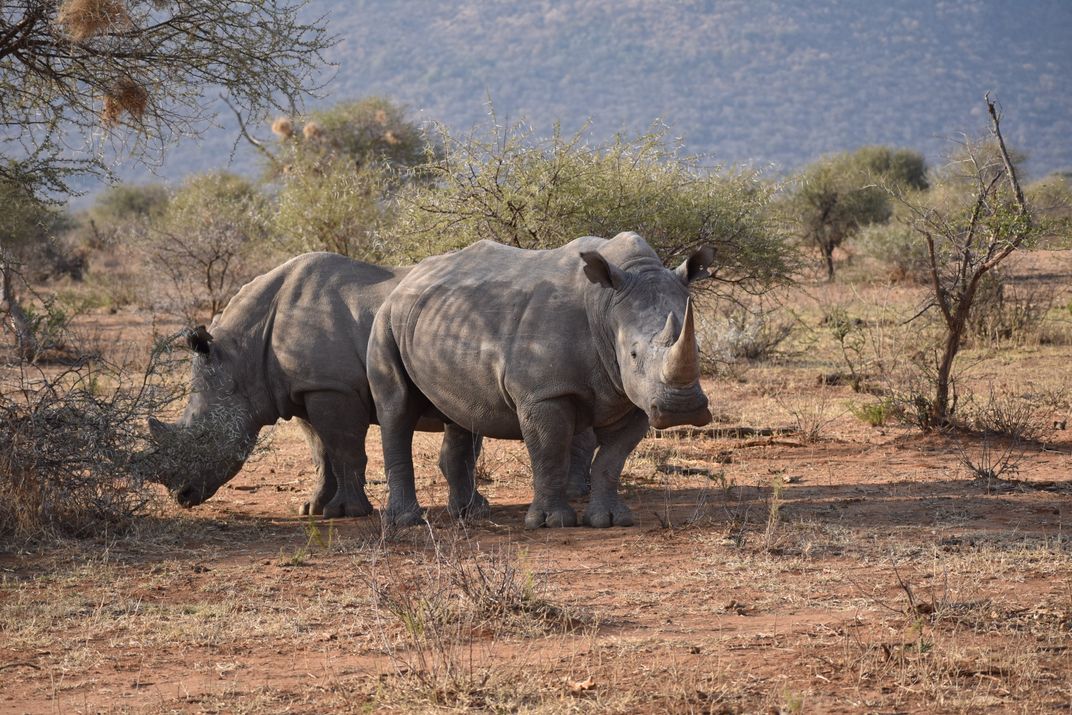 These two White Rhinos were located in Madikwe Game Reserve in the North West Province, South Africa and seen on an evening safari game drive. The front Rhino looking at the camera escaped a poacher as shown by a bullet wound in the left ear. This was a great opportunity to photograph these magnificent yet highly endangered animals in their natural habitat. Taking this photo also has given me the opportunity to show the reality of poaching on the wild Rhino population in Southern Africa and the importance to protect these animals.