Home People Who will save the Rohingya? 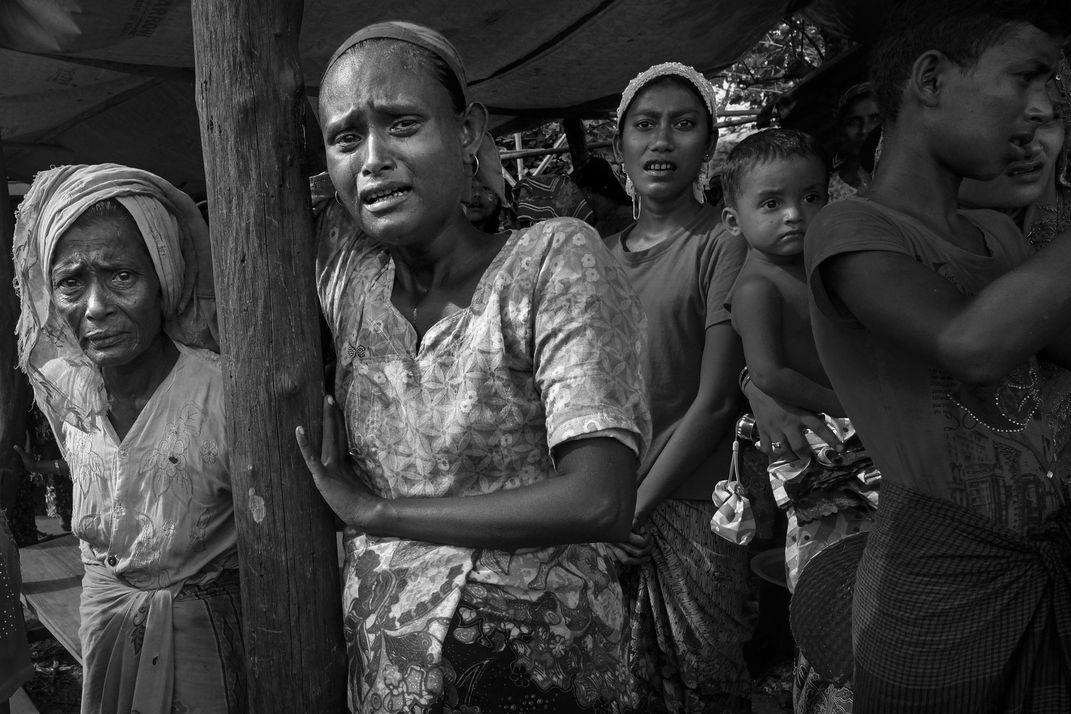 16th Annual Smithsonian Magazine Photo Contest People
Who will save the Rohingya?

Myanmar, Rakhine State, Sittwe, That Kal Pyin village, Maw Tinyar camp, The camp is one of over 38 Rohingya camps on the perimeter of Sittwe on the western coast of Myanmar. Noor Jahan, a Rohingya woman over 60 has passed away this morning (3 October 2016). She had asthma and could not get oxygen. They took her to the clinic at the entrance of the camp. There was no doctor. So they took her to the village, but the doctor said he could not help her and she died. There are 3 other funerals in.other villages today. All due to the heat. The close family gathers around the coffin of Noor Jahan for a final farewell. They will bury her wrapped in cloth in the graveyard. They are inconsolable. General caption; Who will save the Rohingya? The Rohingya Muslim minority is an inconvenient ethnic group for the new government of Myanmar. Burma (Myanmar) has a long history of conflict among its ethnic minorities propagated by an oppressive military junta. While many of the country's 135 ethnic minorities have been subjected to discrimination and human rights violations, only the Rohingya, the Muslim population of Burma's western Rakhine state that borders Bangladesh, have been stripped of all rights including citizenship (1982). They are stateless refugees, now living in IDP camps at the mercy of intolerant Buddhists. In June 2012, a cortege led by radical Buddhist monks, Rakhine Buddhist civilians (discriminated against in their own right and fueled by decades of anti-Muslim sentiment) and police stormed thru Rohingya neighborhoods in the capital of Sittwe slaughtering people, burning homes and mosques. The "conflict" (as it is commonly referred to), well-orchestrated by the government, effectively displaced approximately 140,000 Rohingya forcing them into detention camps on the outskirts of the city. Those villages that were not destroyed have been cordoned off. Today, 4 years later (Oct. 2016), be it in a camp or a village, the Rohingya have no freedom of movement, no access to comprehensive medical care or higher education, and they cannot work. They rely solely on NGOs and their own families living in freedom elsewhere. While the country's historic turn towards democracy should be encouraging, the plight of the Rohingya is far from over and on the ground the prospects for this traumatized minority look rather grim.