Home Natural World Why Does Moss Grow On Trees? 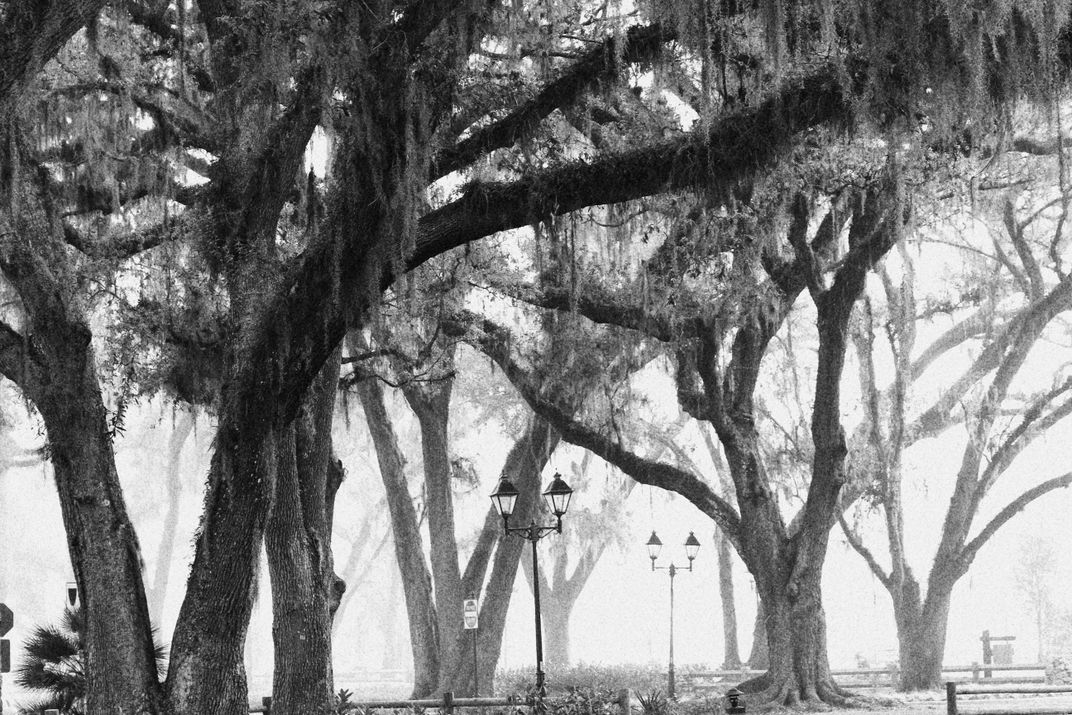 Spanish moss can grow on trees, especially in the Southeast region of Northern America. Lady Lake is one region in Florida where this story still holds true. At one time in its life, Lady Lake was once owned entirely by Native Americans. Legend has it that a white woman once drowned in a lake on this land, which later inspired its name. Over time as settlers began to move into the area, the stories of its misfortune have been laid to rest. Today, Lady Lake is known for being the largest retirement center and fastest growing city in the United States. However, some may say that the roots attached to these moss trees still hold the truth of its misfortune. Today, real estate companies and big name buyers are scooping up this spiritual land for people who dream of calling Florida their 'home away from home.' These mossy oak trees however have somehow managed to survive this mass extinction. Some may see them as a symbol of beauty, some seeing them as a symbol of profit. I document them to showcase their story of survival. Some say in the rising fog, the moss grows more on these oak trees in the morning dew. It can even reach to the very top of a tree. Maybe by climbing way up there somehow the moss can see something different from what we see.