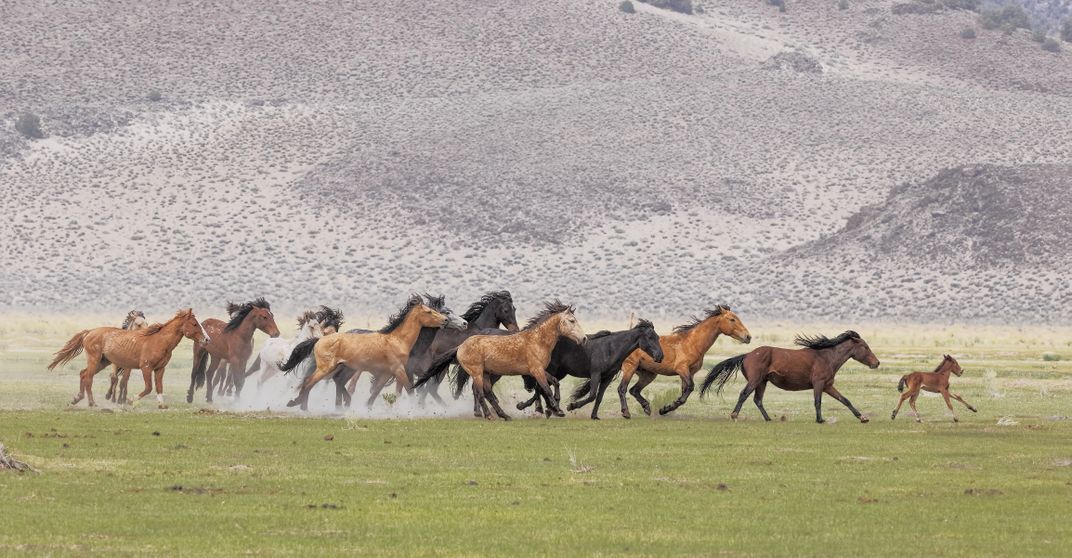 Wild Horses are special and I have been following a few herds (or groups of bands) the past two years. This particular day I witnessed a vigorous stampede – a way for the bands to interact and get their running exercise. During this stampede that lasted for about 15-20 minutes and circled closely past me, a foal was leading most of the time. The foal appeared to be a little over a week old. I believe the lead mare (second in line) is his mother and allowed him to lead – thus “A Natural Born Leader”. Wild mustangs are special and bring out deep emotions of freedom and the wild frontier of yesteryear - a natural symbol of the west.