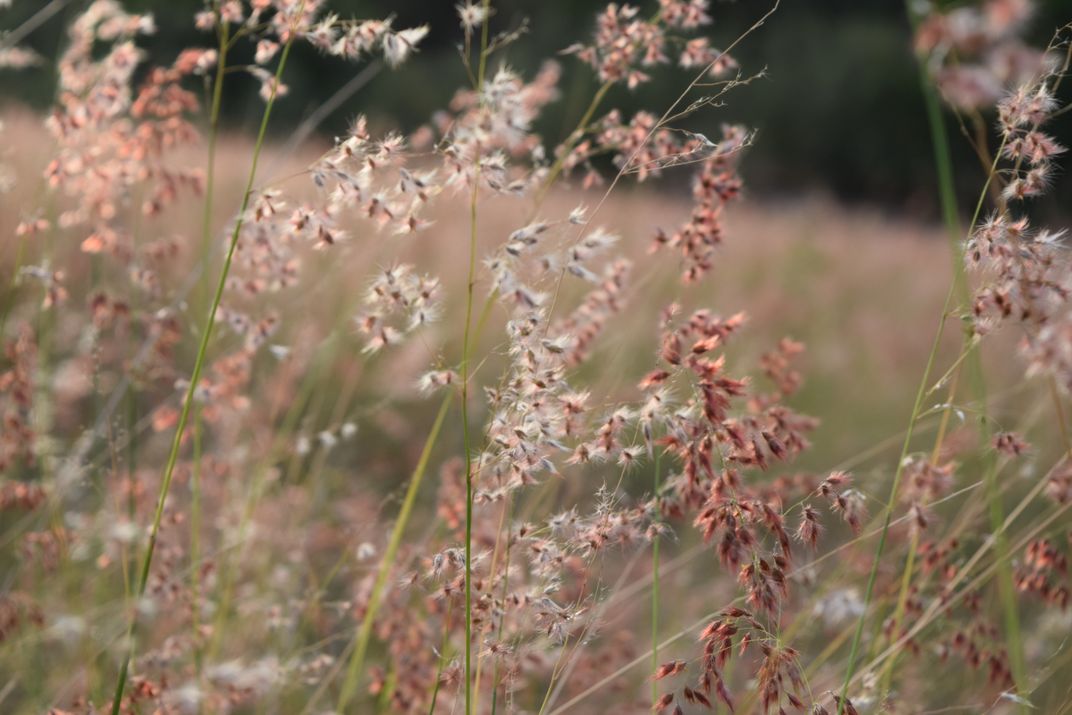 My sister and I, while visiting Sydney, Australia, decided to make a stop at the Sydney Olympic Park located along the Paramatta River. While there, we found that the park was undergoing an urban transformation but also supported plenty of native flora and fauna. In exploring, we came across a hill called "Woo-la-ra" which means "lookout hill" in Aboriginal language. On this hill were planted the wildflowers shown in the photo, fluttering softly in the light breeze. It was a peaceful moment in nature amidst the chaos of urban construction.