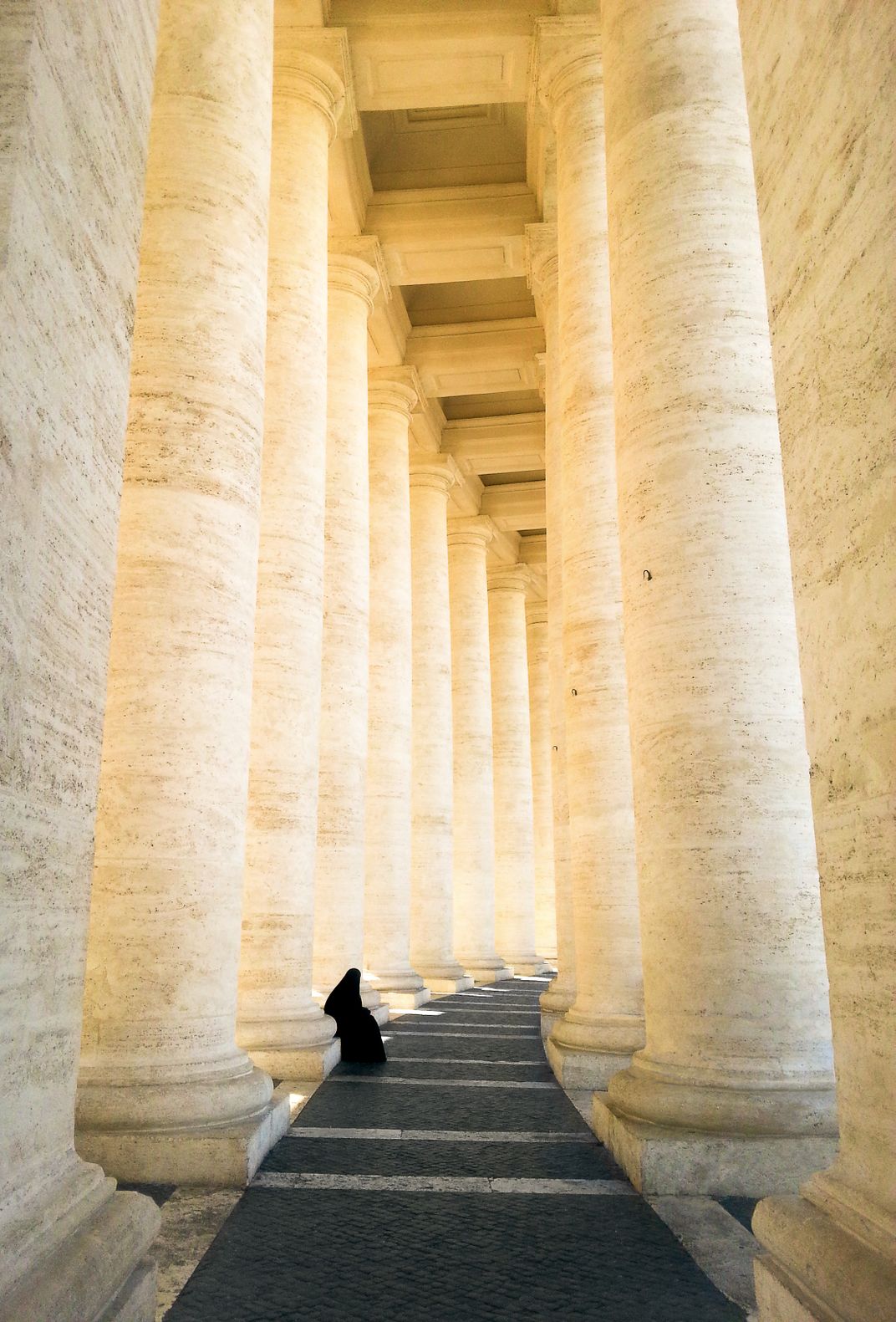 This picture shows the importance of respecting different religions and beliefs, especially nowadays. It was a really warm day and she was there enjoying the shadow. Despite the fact that she is a Muslim mostly surrounded by catholic people, she deserves the same respect as if she was any other person with any other religion. The contrast between the size of the woman and the size of the colonnade emphasizes how big a human being can be. And that's the beauty of being Human.