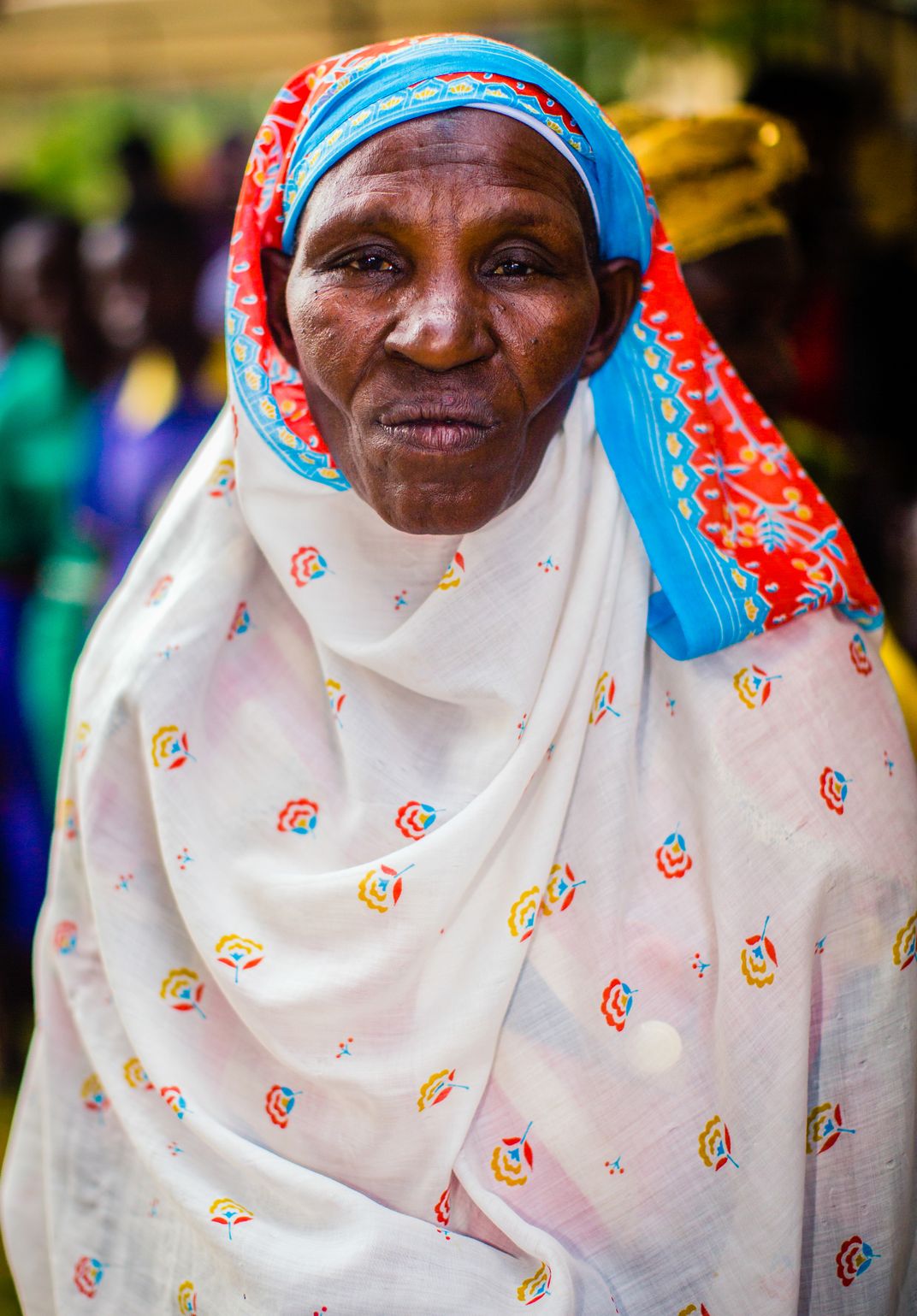 This woman is a resident of a small village near the trading center of Namungalwe in Uganda. She is dressed in a traditional hijab worn by many Islamic women in the Buganda and Busoga subkingdoms within Uganda. According to a 2014 census, Muslims make up 15% of the population of Uganda, and Christians make up the other 85%. In addition to these two mainstream religions, belief in witchcraft is widespread, so much so that national newspapers provide coverage on issues of witchcraft.