Home Travel Woman soldier with her gun at the Western Wall in Jerusalem, Israel 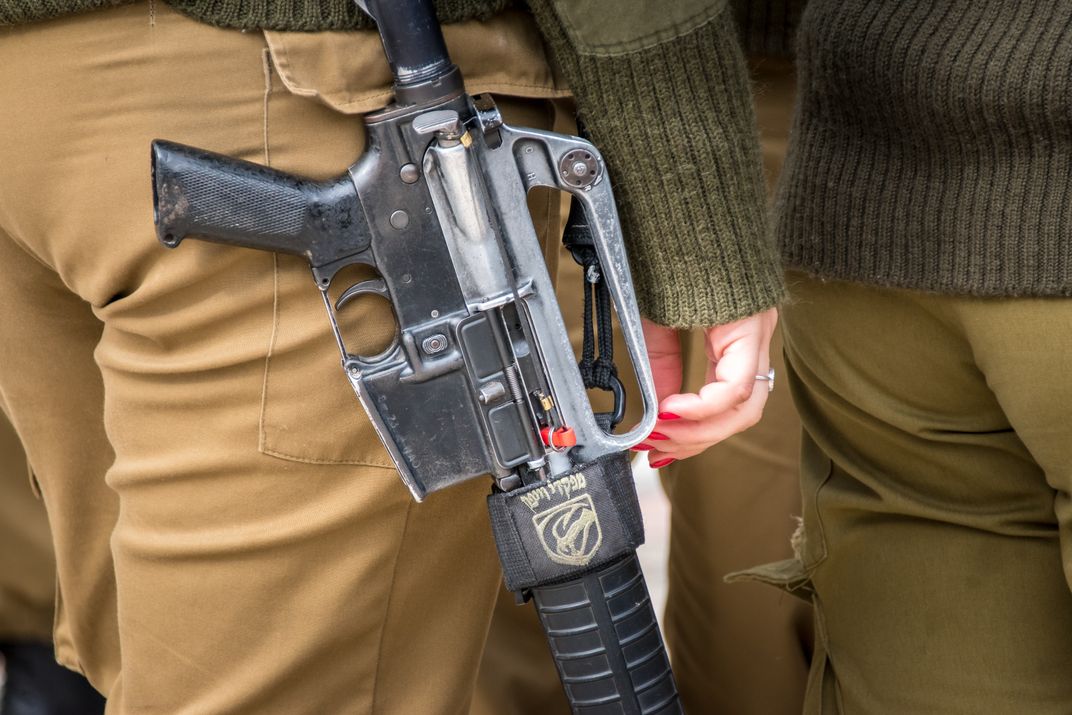 The Western Wall is an ancient limestone wall in the Old City of Jerusalem. A colourful mix of devout Jewish believers, pilgrims and tourists visit this holy place. Among people involved in prayers, religious celebrations and party-like gatherings, there was a group of woman soldiers saluting and taking group photos. Not being used to female soldiers in a battle suit, I wanted to capture the perceived contrast between manicured fingernails and a shot gun.