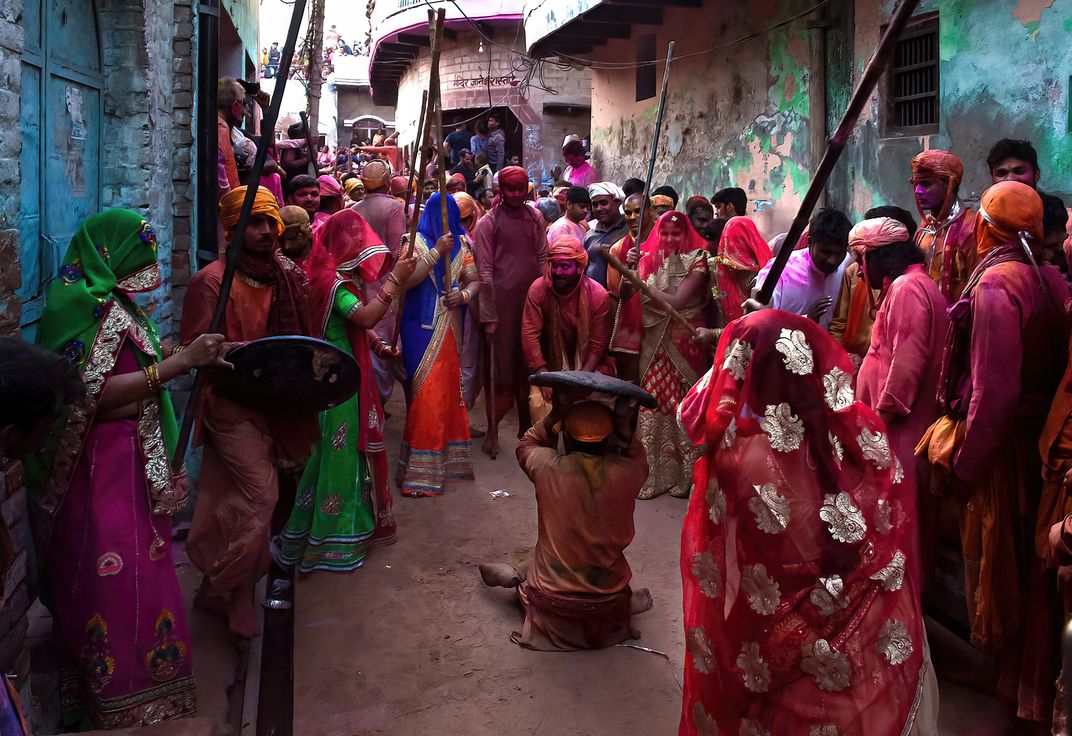 Latmar Holi "Lat" means Stick and "Mar" means to Beat. "Holi" is one of the most popular 'Festival of Colors' in India during Spring Season. Women were using Sticks to beat Friends of Lord Krishna to celebrate Latmar Holi at Barshana village of Brinadan, Uttarpradesh , India. Lathmar Holi festivities in the towns of Barsana and Nandgaon, located near Mathura in Uttar Pradesh, are the highlights for the towns that are said to be associated with a Hindu legend related to Lord Krishna and Radha. Lord Krishna who hailed from Nandgaon village visited his beloved Radha's town, Barsana. If legend is to be believed, Krishna TEASED Radha and her friends, who in turn responded by taking offence and beat with STICK and driving him out of Barsana. That is why is Called "LATMAR HOLI"