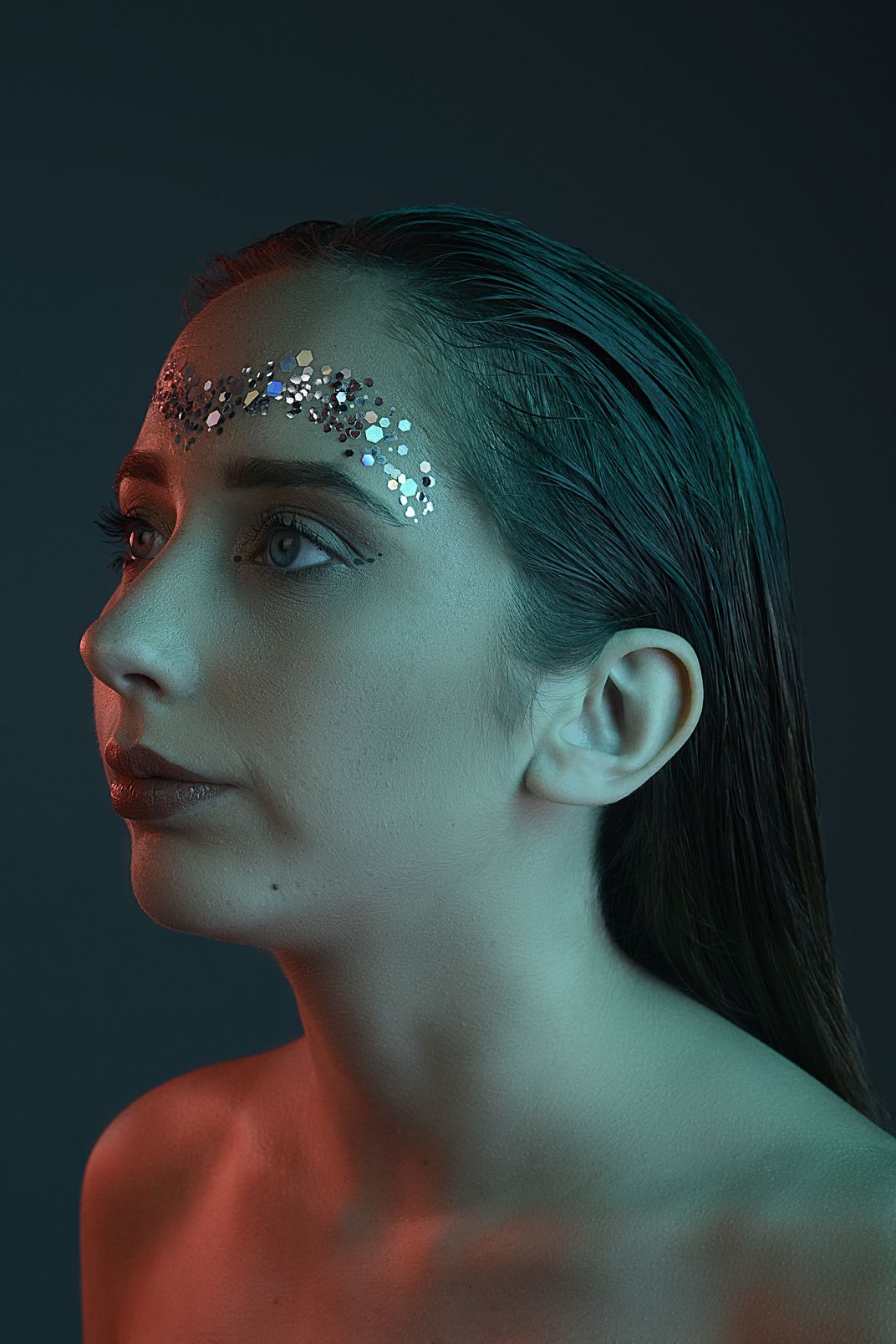 This image was taken for a project about Plastic Pollution. I like editorial portraiture and wanted to keep to that style of photography as well as approaching a serious world issue. I used glitter on my model to refer to the growing issue of plastic pollution because it is frequently used in the beauty industry. Each year 8 million tones of plastic is entering into the ocean and is being consumed by marine life. It's gradually broken down by the sun turning into micro plastic however it will never fully degrade. The glitter in this image is a representation of the micro plastic being consumed by fish, whales and turtles which is causing early deaths for these animals. The blue lighting in this image is symbolising the water from the ocean. Her hair is also styled so it looks wet.