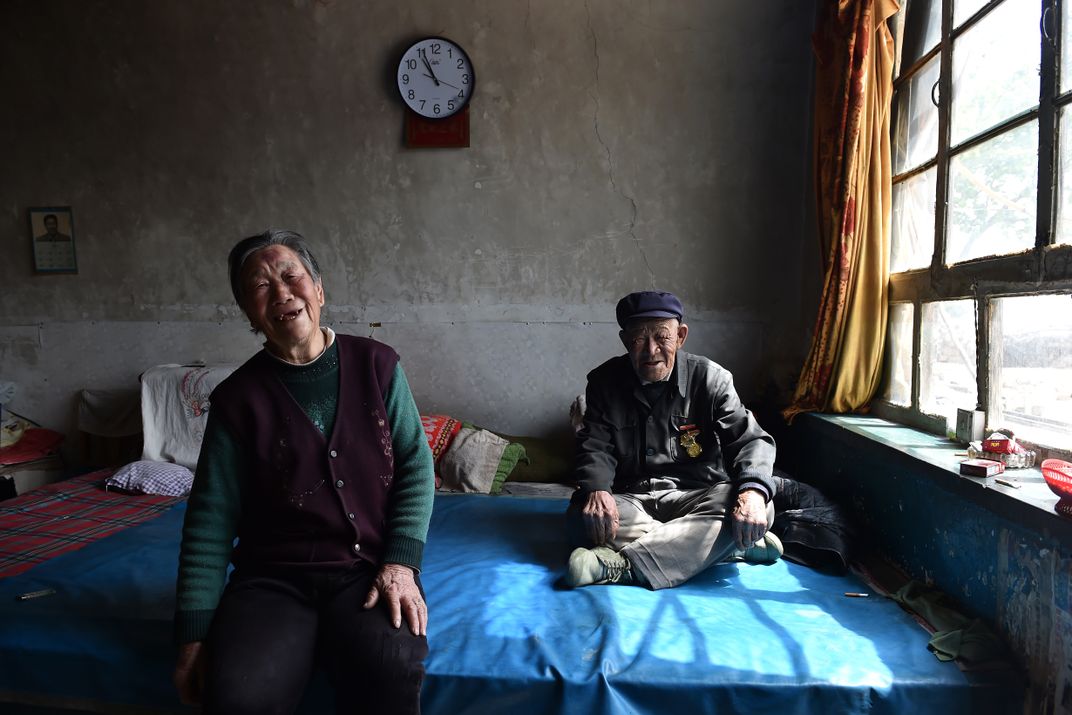 Veteran Wang Yangfu (R), 90, and his wife Liu Chengmei rest at home in Shangyulinpu Village of Yuxian County, north China's Shanxi Province, May 4, 2017. Wang, born in 1927, took part in the anti-Japanese war when he was young. It has been more than 70 years since the end of the Second World War. Most of the veterans who served in the war were already in their later years. However, the veterans will never forget this period of history. They remembered the arduousness of the war. They cherished the preciousness of the peace, even more so than their victory of the war.