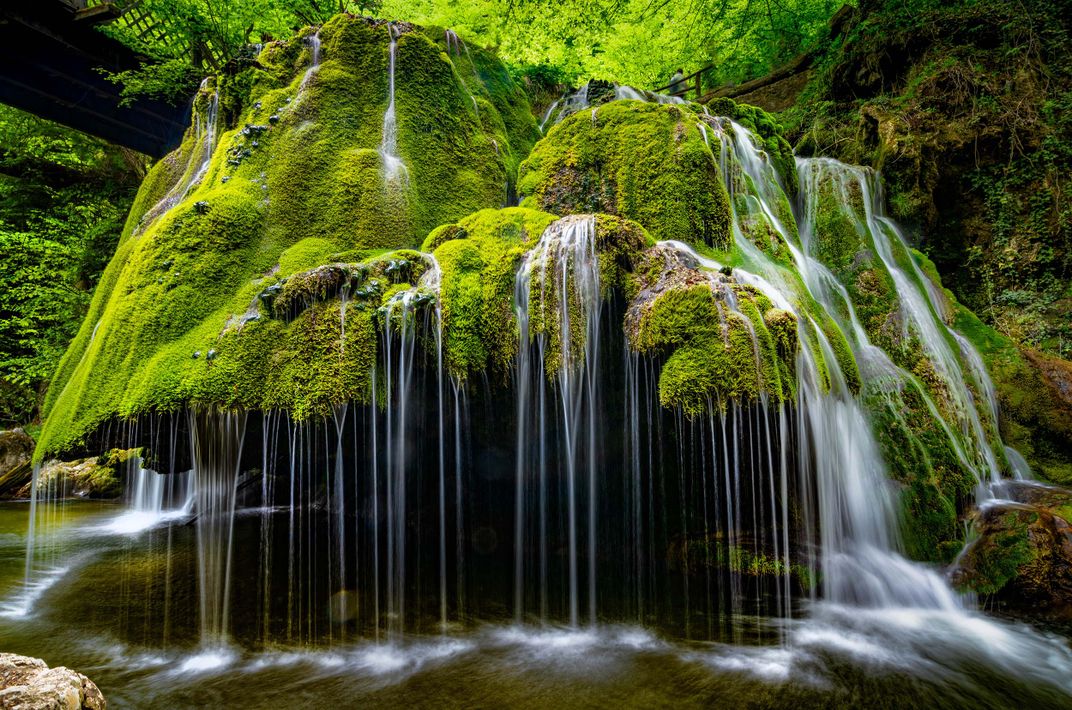 The Bigăr waterfall is located in the Cheile Nerei-Beușnița National Park, in Caraș-Severin County. Its natural beauty takes your breath away. The water pours like an other-worldly water veil over the rounded rocks, covered in soft, green moss. Bigăr was one of the most unusual waterfalls in the world and one of the most beautiful in Romania. According to The World Geography, the waterfall was placed as number one on the list of eight unique waterfalls around the world due to the way the water spreads and falls in tiny shreds of water, and also the fact that it is located exactly on the 45th parallel north, at the halfway point between the Equator and the North Pole (Wikipedia). On 7 June 2021, part of the Bigăr waterfall collapsed due to the weight of travertine and moss that had increased over time. The photograph was taken only a few days before this natural catastrophe.