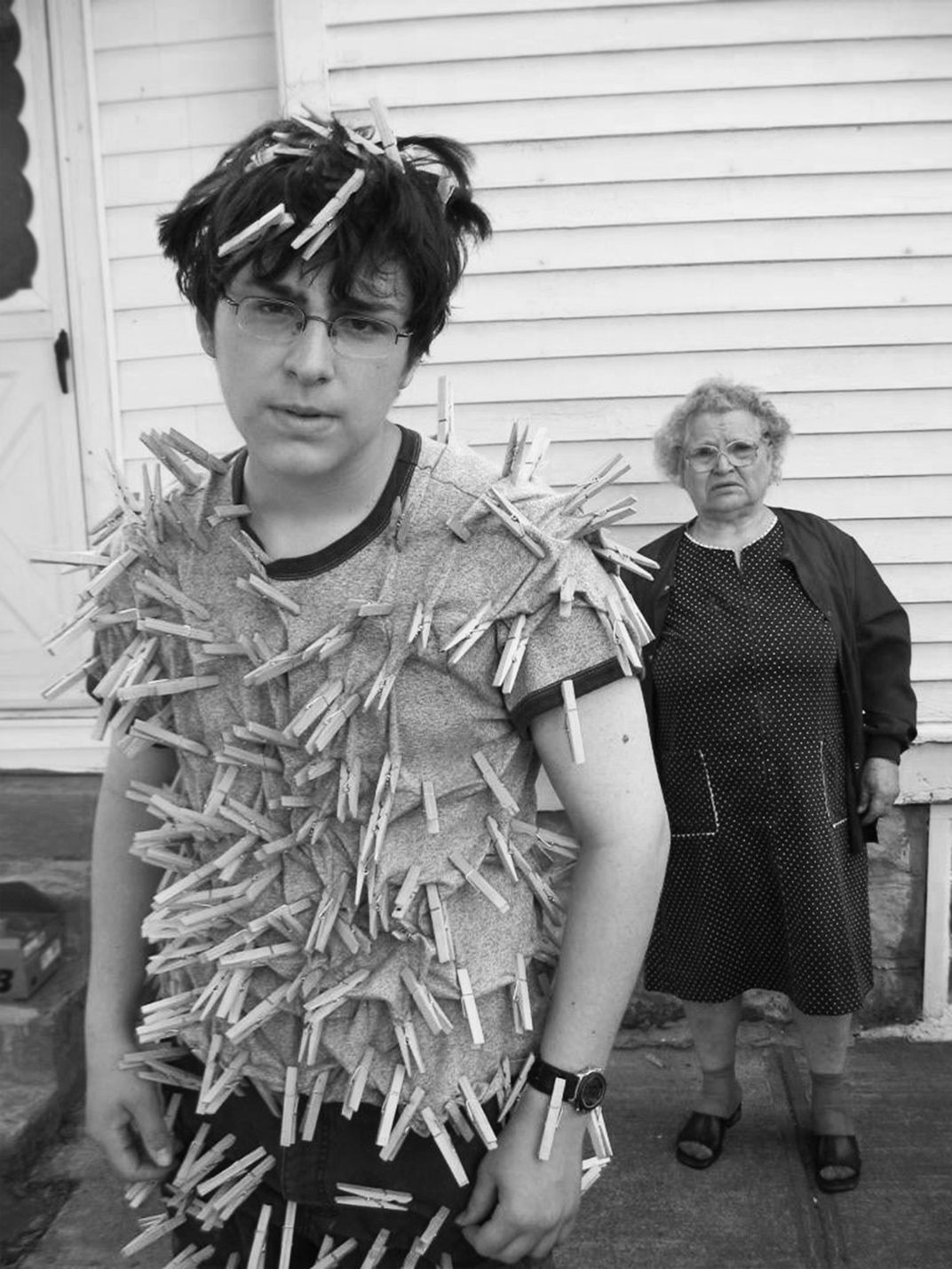 The day my thirteen-year-old son Nicholas had a performance art idea he called "Clothespins of Life". His plan was to go to the local gas station there in Warren, Ohio with all these clothespins on his body. Each pin depicting a human weakness or vice. Nick would tear off the clothespins while yelling “Free.” My job as simply to carry his Sprite and videotape the art piece. Well, that was the plan until my little Greek mother, Nick's Yiayia, spotted us walking up the drive and screamed, "no do that Niko, people think you crazy. And Tommy, you go four years college and still stupid!! " That was the end of Nick’s performance art career.