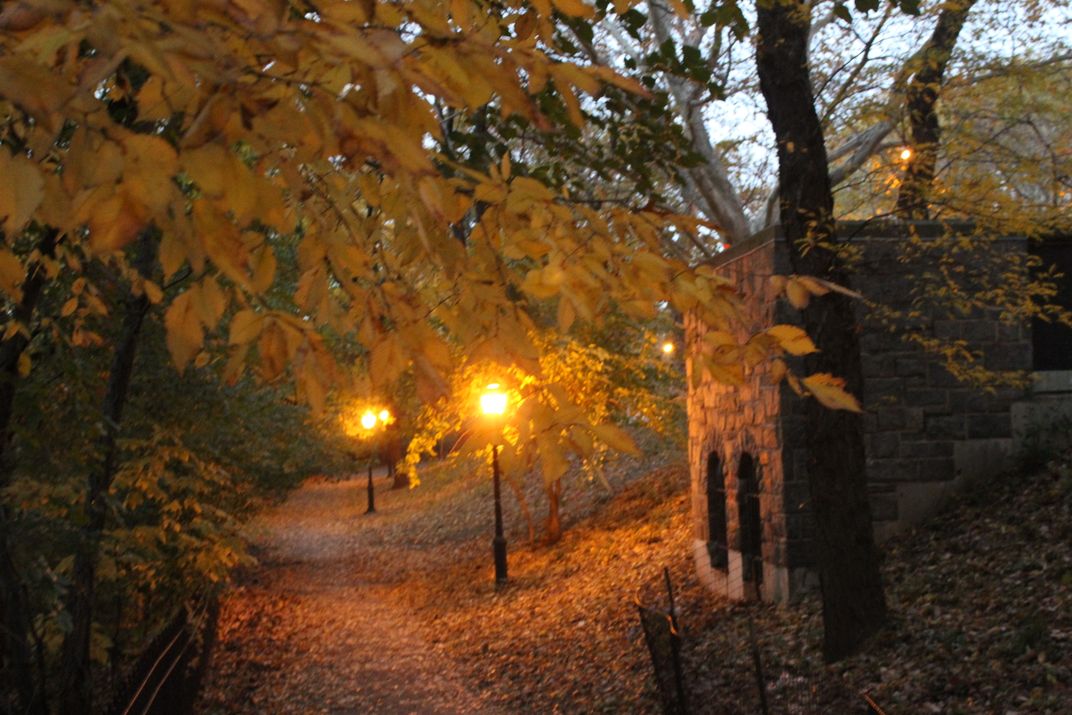 Fall season is one of my favorite times of the year. I wanted to capture not only the colors and the beauty of its foliage. But, I also wanted to be inconspicuous with the quietude and the stillness which was only broken by the subtle sounds of the fallen leaves, and the crisp air that softly swayed the branches like young lovers dancing to a very slow tune. The darkness became more apparent every second that passed and there was also a pause. A pause in nature - everything became still. There was no noise, no movement. The yellow hue of the leaves in the foreground are like a sort of warm and pleasant invitation to go thru, even though, we are clueless as to what lies ahead.