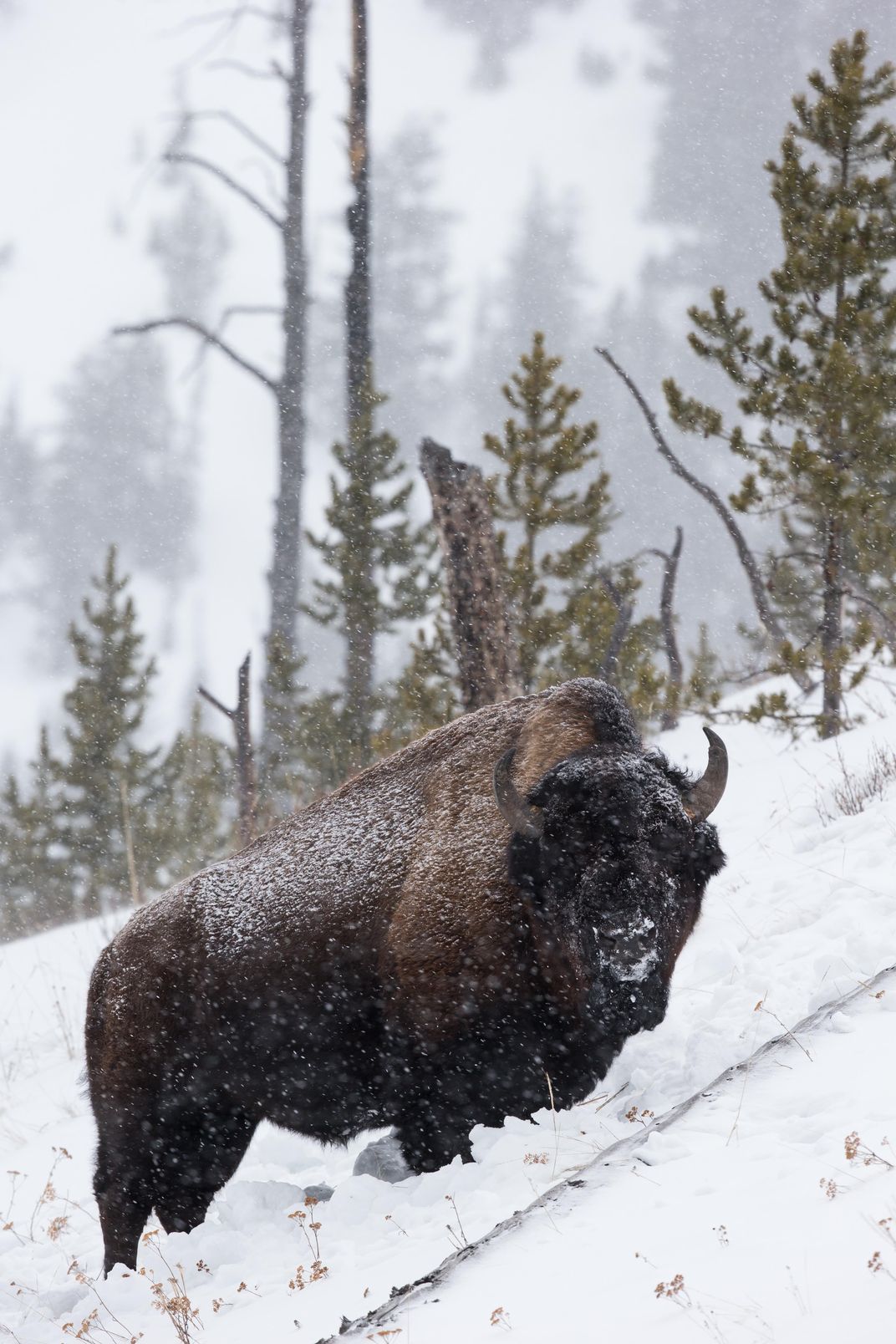 Yellowstone National Park. After being nearly extinct bison now thrive in Yellowstone. On the sixth day of my stay there I decided to focus on photographing bison. I wanted to show the bison in his environment in a way that would show his imposing presence. I didn't want the bison to just be an element in the photo. As we drove on the snow covered roads of Yellowstone I spotted a bison high up on a hill with trees and the mountains behind him. The low shooting angle would give the bison the imposing presence that I wanted while the trees and the mountains behind him would give a sense of Yellowstone's extraordinary nature. The frost and snow on the bison completed this winter landscape.