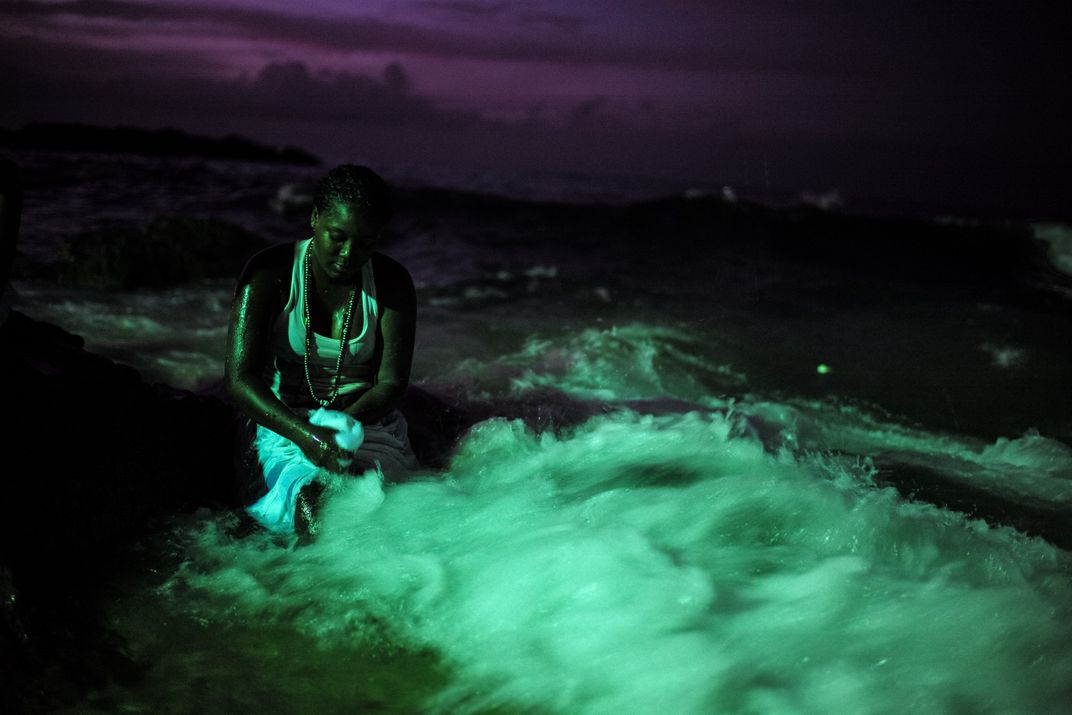 A woman honors Yemanajá very early in the morning. Feb. 02, 2018. Salvador, Bahia. Brazil.
In Candomblé and Umbanda, every practitioner is believed to have his own tutelary orisha, which controls his or her destiny and acts as a protector. Yemanjá is one of the seven orishas. She is the patron spirit of the fishermen and the survivors of shipwrecks. She is often syncretized with either Our Lady of Regla in the Afro-Cuban diaspora or various other Virgin Mary figures of the Catholic Church, a practice that emerged during the era of the transatlantic slave trade.