Home Travel Yeni Cami at sunset during an election 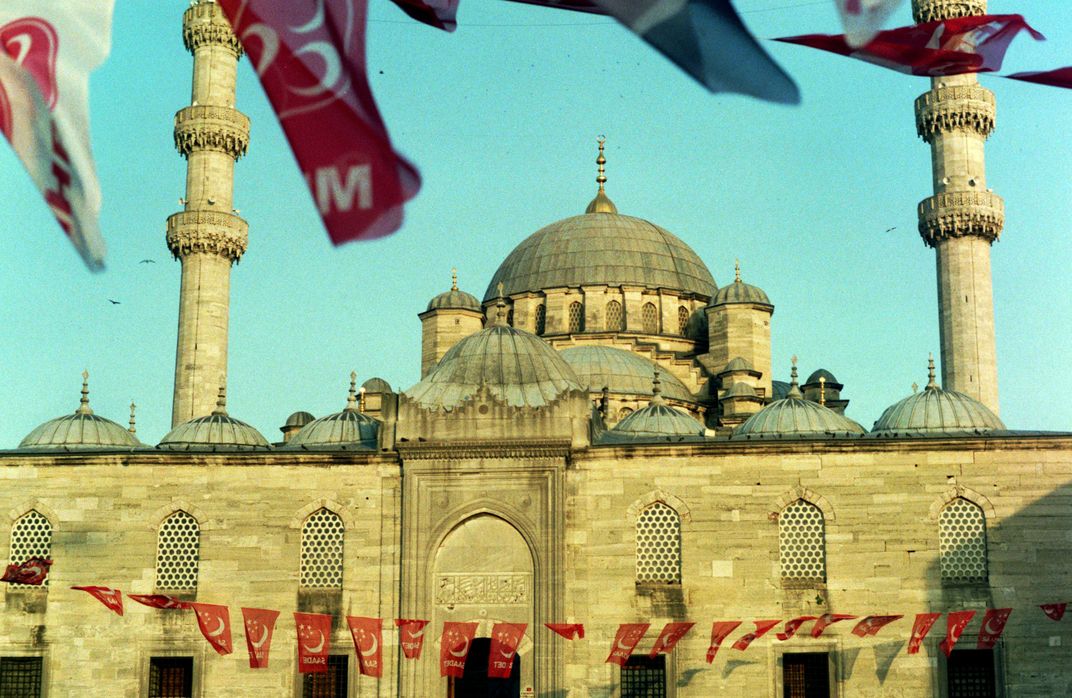 Yeni means new and cami means mosque in Turkish, so this is the New Mosque. It's in a neighborhood called Eminönü which is right on the Golden Horn in Istanbul. The flags in this shot are there because of the elections which would take place later in the season. The political parties with enough money had flags and streamers hung all over main squares and streets and vans driving around with large speakers blasting music, in addition to propaganda stations set up on sidewalks and rallies taking place in the squares. (Please do not construe this photograph as support of any specific party, particularly the one represented by these flags here.)