Home People You Shall Not Pass 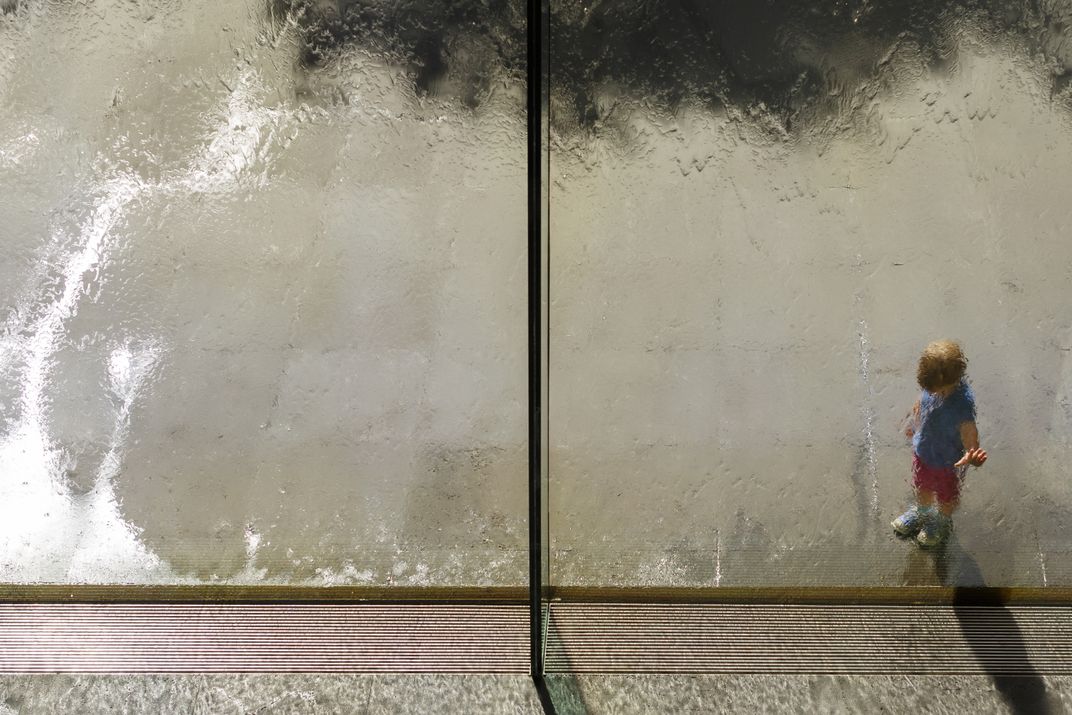 This was shot inside the National Gallery Victoria, Australia. I was watching this young boy from up on the mezzanine. He stood out from the majority of the other more animated kids. He was with his mum but he seemed somewhat detached. His general manner was quite cautious, a somber demeanor leaned over him but he moved around confidently. He had an air of independence; he was curious. He walked outside and approached the wall carefully. The scene I shot exemplified my perception of him