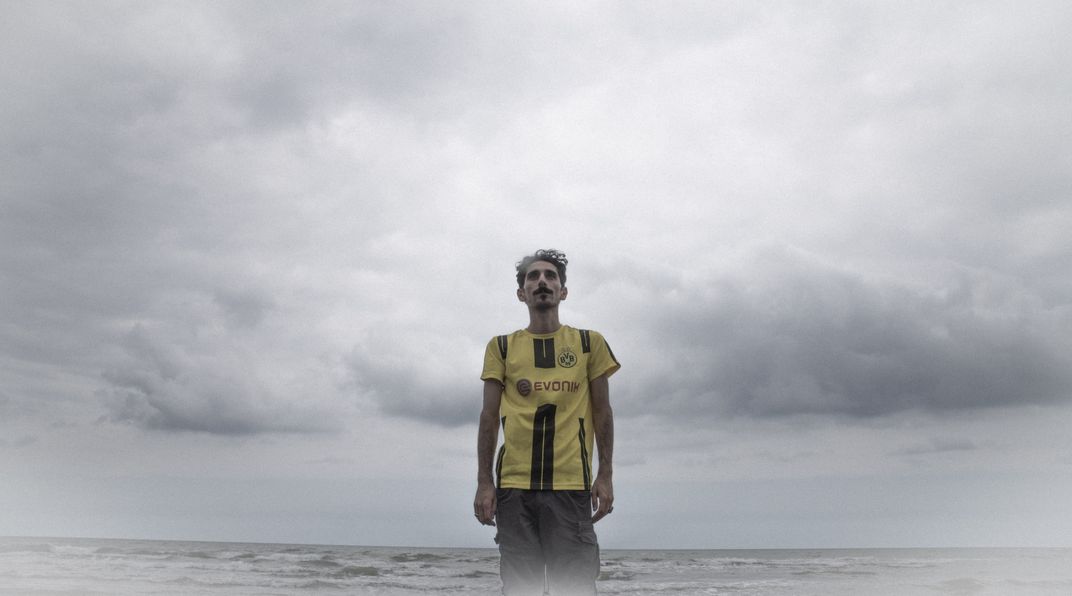 In Iran, which is conservative in culture and has many restrictions on the Internet, I met a young Iranian tour guide who is fluent in English in the clothes of a European Football League team. He used fluent English to introduce the beauty of traditional culture in his country He shared with me a lot of his European and American thoughts, cultures and behaviors, but unfortunately some behaviors are forbidden and illegal in Iran. As a result, he often feels that he cannot do himself in his country. When he took me to the Caspian for sightseeing, I casually created works for him, expressing a situation where I can’t fly freely while looking at the sky