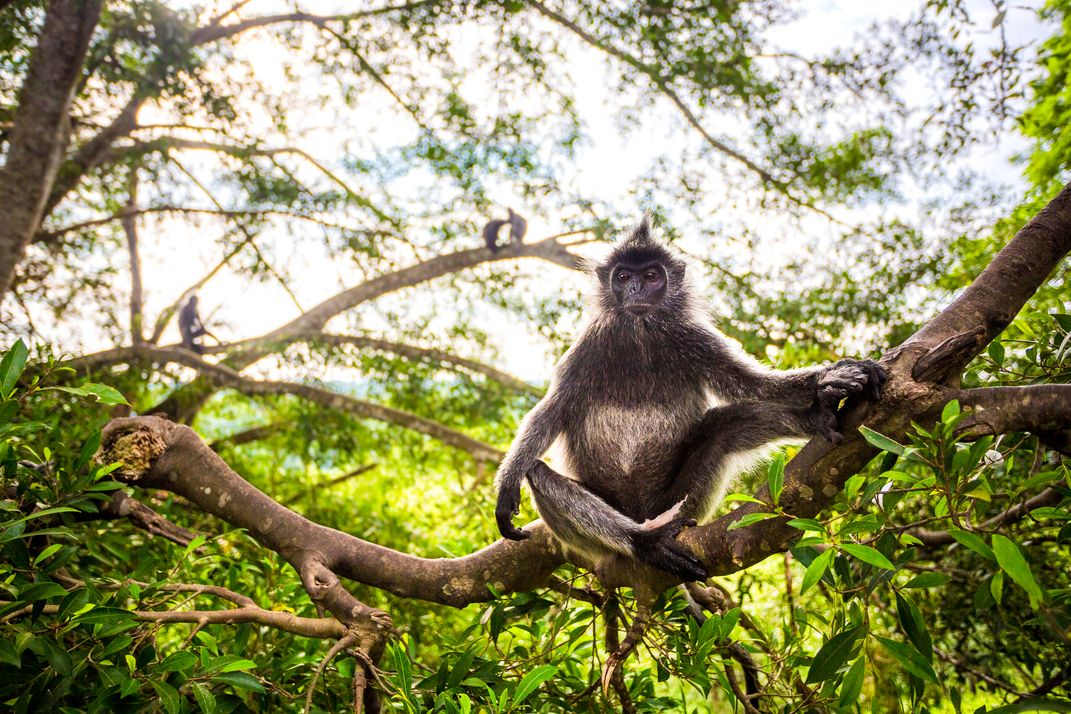 Silvery lutungs inhabit the mangrove costal lines of Malaysia, Borneo and Sumatra. Due to their specialisation and the degradation of this specific habitat, is this primate species listed as “Near Threatened”. Achieving a similar photo in the deepest wilderness of mangrove forests would most probably be nearly impossible, so I searched for a place easier to photograph them. Near Kuala Lumpur at a particular park-like area, people are used to feed the monkeys for many years. Although I first of all was concerned about the health of this population because of my assumption that the animals would only be fed with low quality food, I was surprised by this park. Instead of bread, crisps and candies, raw shots and leaves were sold in order to feed the monkeys properly.