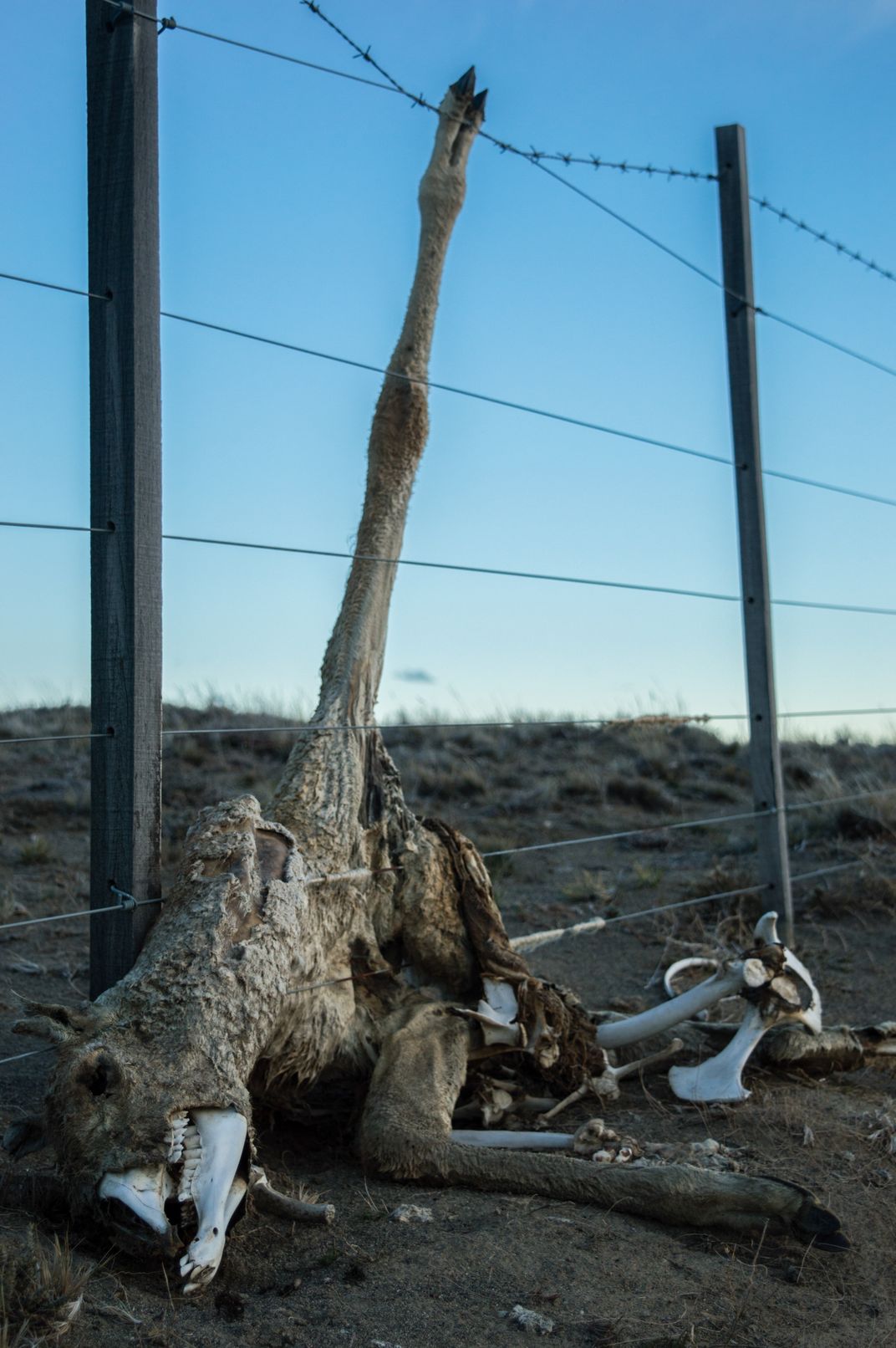 The Mayan God Yum Kaax granted protection to the fields against the wild nature he himself represented. Humans are now playing god. Along the roads that cross Chile, high fences were put up in order to keep the wild animals off the road. Some of them often succeed to jump over them. But in the rare cases they miss, the fences turn into a deathtrap. This Guanaco (Patagonian Llama) has starved to death. Never before was I forced to witness such an impactful view in nature.