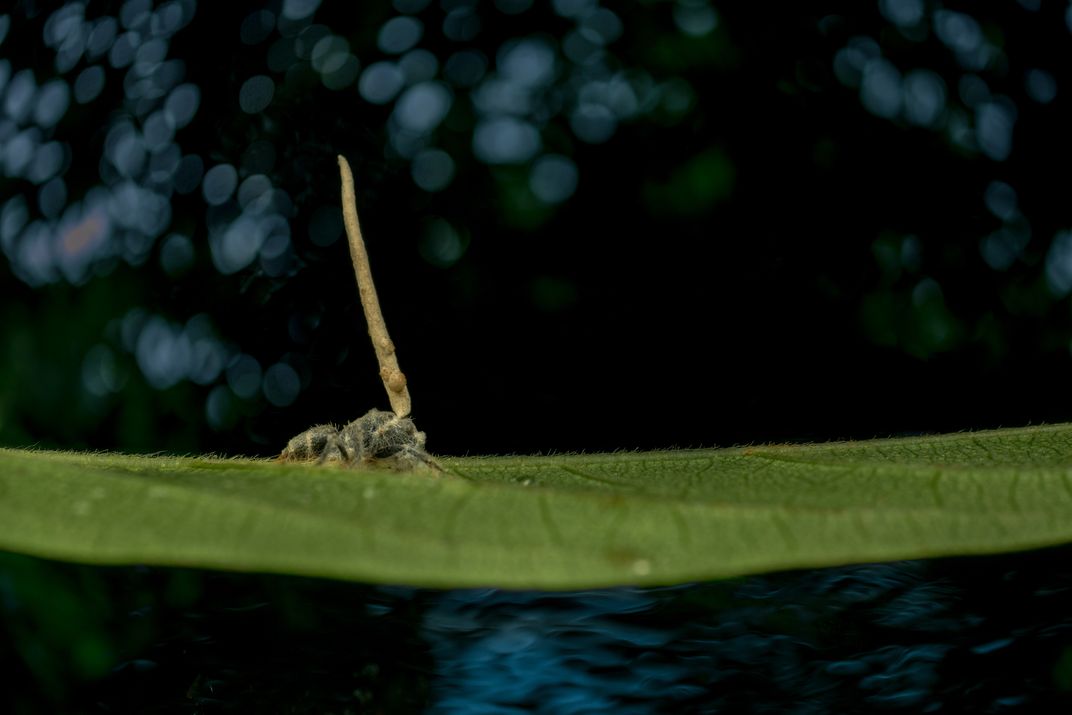 This ant is infected by a rare fungus called the Zombie Ant Fungus (Ophiocordyceps) When a spore of this fungus lands on the host ant, it starts affecting the ant's brain. The behavior is altered as per the requirement of the fungus. The ant's brain is now in the fungus' control. The ant then walks towards the underside of a leaf where there is perfect light and humidity for the fungus to grow. There the ant latches itself to the leaf with a strong death bite and dies. Then the fungus grows through the ant's head and mushrooms appear on it. These mushrooms can release spores which will affect other ants. This type of fungus can wipe out entire ant colonies.